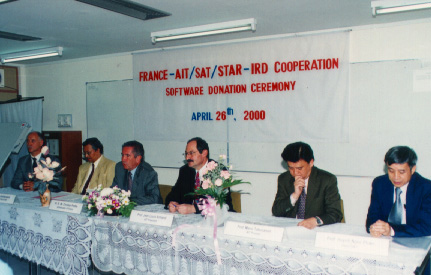 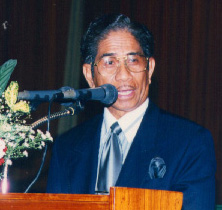 I am very pleased and indeed honoured to be with all of you this morning. At the outset, let me congratulate the members of the 88th graduating class on achieving yet another milestone in your pursuit of academic excellence.

When Professor Armand contacted me initially to deliver the graduation address, I accepted without much hesitation for two reasons. First, I have never had the opportunity of visiting this beautiful campus which, over time, has become a premier institution of higher learning and, second, I could not pass up the opportunity to be the first commencement speaker in the new century!

In my view, and I am sure this is a view that most of you will share, access to education is the lifeline to economic and social progress. Coming from a very small island among the more than 15,000 islands of Indonesia, located at the most southern tip of the archipelago where there was not even a single junior high school (7th-9th grad) in the whole subregion east of Bali until 1948, I know very well how important access to education is.
In those days one had to move around a lot just to obtain secondary education and I was one of the lucky ones who could join that first junior high school in 1948.

Unfortunately, today we still live in a continent of dramatic contrasts. While there are success stories, the majority of societies and countries in Asia are characterized by a low proportion of educated people and the prevalence of an 'elitist' education among those fortunate enough to be exposed to schooling --women being among the most deprived in the generally class-structured societies. Is it any wonder then that even today some 700 million Asians barely survive on an income of a dollar-a-day or less?

I am sure you will also agree with me that education is the key to human resources development which is again key to economic and social progress. In my view, all investments in education should be firmly linked to gainful employment. Vocational and technical training should be made relevant to current and prospective employment conditions. Its capacity to prepare graduates such as yourselves to adapt to technological and other changes in the work place needs to be enhanced. Given the rapid social, economic and technological changes taking place in an increasingly globalizing world, education should provide a basis for adaptation to changing employment opportunities over an individual's lifetime. More than ever before, the education curricula at primary and higher levels, should encourage and strengthen creativity and flexibility.

Let me digress briefly at this point on the role of technology in our societies, which is at the very core of the work being carried out by this esteemed Institute. As we all know, the 'technology revolution' has progressed exponentially at an increasingly rapid pace. Our economies and societies need to cope with the rapid progress in technology. Clearly, we need to work harder and continue learning. Graduation should not be viewed as the end of the learning process. In fact, technology in a 'wider' sense has been the engine of growth for many countries in the region. In a broader context, this can be attributed to the creativity of our peoples and, in turn, to the environment that we have nurtured to enhance such creativity, including such factors as democracy, good governance and the rule of law.

An important dimension of technological progress has been the role of information technology, which has benefited the various segments of our peoples including the young. In fact, it is hardly surprising to see so many young entrepreneurs who have capitalized on the revolution in information technology. Clearly, information technology needs to be shared by all our peoples, and governments need to be urged to encourage and finance IT programmes, starting at the primary school level. As President Clinton noted during his recent visit to India, the benefits of such technology should not only empower us but should be broad based and used as part of the ongoing programme for poverty alleviation -- specially in those countries where poverty remains endemic. In that connection, I would underscore the fact that the number of people living in absolute poverty is increasing in absolute terms. This is an area which we in ESCAP have attached high priority to in our work for now and the foreseeable future.

The response to meeting these challenges in the new millennium will inevitably vary considerably among our peoples. Yet, in Asia, we share a certain commonality of interests and a sense of underlying unity, reinforced by our values and experience. The sense of Asianness is very real for this generation. Inevitably, it will be strengthened in future as we exchange our experiences, learn from each other and interact more frequently among ourselves.

Let me elaborate a bit on the commonality of interests and sense of underlying unity which I have just alluded to. In my view, the most pronounced need for the former stems from the imperative of ensuring a free flow of trade, investment and technology. Prior to the onset of the Asian financial crisis three years ago, these factors were responsible to a great extent for the relative progress achieved by some of the Asian countries. They will continue to be important for these countries in the future, while being mindful, of course, of the impact of rapid economic growth on the social fabric. As for the sense of underlying unity, in addition to shared cultural and spiritual values, I feel that this has been reinforced by irreversible economic forces which are perhaps more powerful than we realize. To be more specific, trade and investment among the countries of the region has for sometime now surpassed those with countries outside the region. Inevitably, this trend will accelerate resulting in a greater degree of interaction between the countries of Asia. We must do whatever we can to encourage this process, for which a climate supportive of development is a pre-requisite. It is precisely this process which we in ESCAP are trying to encourage.

AIT itself has contributed in a significant manner to strengthening a sense of
regional identity -- an objective which ESCAP also ardently identifies with. I was
specially impressed to learn that the vast majority of AIT graduates go back to
work in their countries of origin. This reflects your commitment and dedication
to the cause of development, and we are proud of you.

Let me close by wishing each member of the graduating class my warmest congratulations, and the very best in whatever you may choose to do with your lives.