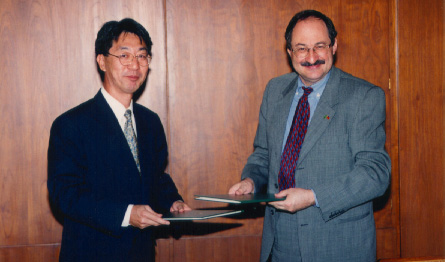 An activity-financing contract agreement was signed on 8 November between
AIT and the UNESCO Regional Offices for Science and Technology for South-East
Asia, Jakarta Office, enabling the UNESCO Jakarta Office to provide financial
support for the organization of the inaugural meeting of the Greater
Mekong Subregion Academic and Research Network (GMSARN). The GMSARN
meeting will be held at AIT on 26 January 2000. 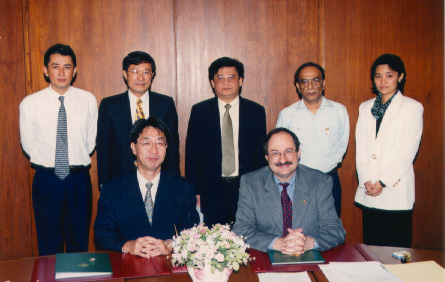 The main event of the inaugural meeting will be the official signing of
the MoU by all the Presidents and Rectors of the eight academic institutions in
the network, namely, AIT the Institute of Technology of Cambodia, Kunming University
of Science and Technology, National University of Laos, Yangon Technological
University, Khon Kaen University, Thammasat University and Hanoi University of
Technology. The GMSARN proposal is an outcome of the workshop entitled
'Greater Mekong Sub-regional Development', which was jointly organized by AIT
and Thammasat University in collaboration with the Asian Development Bank in
Bangkok in early November 1999.