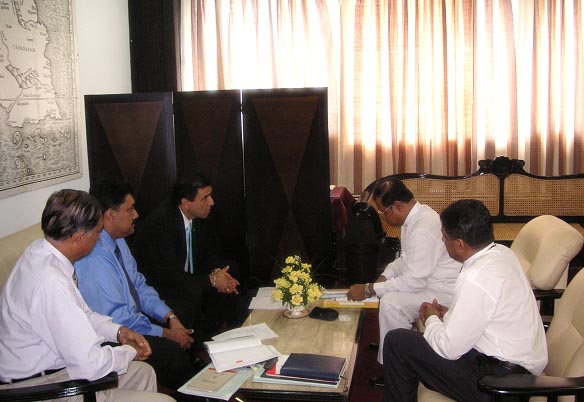 An AIT delegation made a late July visit to Colombo, Sri Lanka, to discuss funding for 10 master's scholarships at the AIT Center Sri Lanka and training programs for public administrators.

AIT President Said Irandoust and Mr. Sanjeev Jayasinghe, head, External Relations and Communications Office met with the minister of Education the minister of Home Affairs and Public Administration, among other Sri Lankan officials, on 27 July 2006.

Since the invitation to establish a center came from the Ministry of Education in September 2005. Prof. Irandoust discussed the possibility of the ministry providing 10 full scholarships a year for three years for qualified Sri Lankans. The minister was receptive to the president's request and suggested that AIT send him the total cost of the scholarships. The minister will then personally submit a cabinet paper on AIT's request and seek the approval of the Sri Lankan cabinet for the allocation of funds to AIT Center Sri Lanka.

Once the cabinet approves the allocation of funds for the first three years of operation, the center will be in a position to open by early 2007.

Prof. Irandoust and Mr. Jayasinghe were able to arrange a meeting with Minister of Home Affairs and Public Administration Dr. Sarath Amunugama through the assistance of H.E. Mr. J.D.A. Wijewardena, ambassador of Sri Lanka to Thailand.

During the discussion, Dr. Amunugama mentioned that in his ministry there is a well-established training center called the Sri Lanka Institute for Development Administration, which has provided training in management to public servants for the last 20 years. Prof. Irandoust made a visit to the institute's director on the same day.

As a result, on 7 August, the External Relations and Communications Office received a formal letter from the institute requesting AIT to prepare a program for a study tour of public administrators to AIT Extension, as well as to discuss the Sri Lankan institute's future training requirements.

The AIT delegation also met with H.E. Sachaphand Atthakor, Thailand's ambassador to Sri Lanka, who was supportive of AIT's proposed activities with the Ministry of Home Affairs and Public Administration. 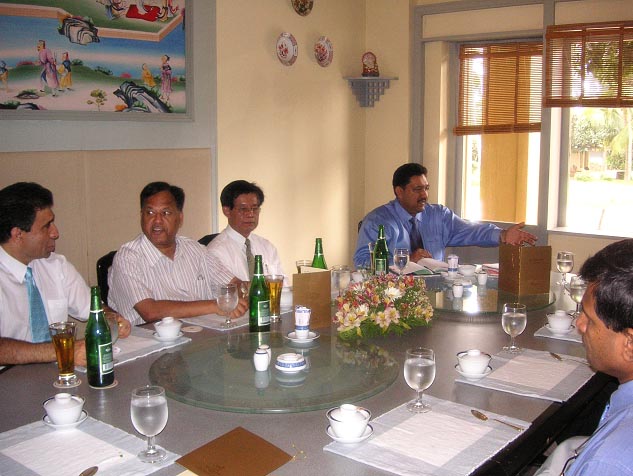