Organized by AIT Consulting, AIT Technology Event from 9-11 July 2013
connects AIT academicians’ research with top-level private sector
decision-makers from around the region. A first for the institute, the
forum highlights engineering technologies at AIT that have direct
application to industry and sustainable development.

The evening event was graced by members of the diplomatic corps who
also witnessed the launch of a technology exhibit. AIT Language
Specialist Ml Thanisa Choombala was the Emcee for the evening event.
Overall, 150 senior business executives and scientists representing 54
organizations and companies from seven countries are expected to attend
the two-day forum, organizers said.

Stressing the importance of public-private partnerships (PPP), Chief
Guest Speaker H.E. Dr. Subin Pinkayan (WRE ’61) said he was pleased
that the event focused on how AIT’s technology could benefit the
business sector.

The former Minister of Foreign Affairs, Thailand, Honorary Advisor of
GMS Power Public Company Ltd., and AIT Hall of Fame inductee (2010)
shared his successful experience of applying PPPs to build a hydropower
station in Lao PDR early is his career. He also enjoined the engineers,
academics and senior business executives to complete projects that
benefit the public.

Interim AIT President Prof. Worsak Kanok-Nukulchai welcomed all members
of the diplomatic community and delegates and thanked AIT Consulting
Executive Director Dr. Naveed Anwar for organizing the event that
specifically reaches out to industry. “AIT is in a new era, and we
expect this event to ignite more engagement and partnerships with the
private sector.”

Interim Vice President for Academic Affairs Prof. Sivanappan Kumar
thanked the participants for their presence and noted the importance of
linking scientists' research to the highest levels of industry. This is
the direction AIT is headed, he said, and the AIT Technology Event
signals this intent.

Mr. Thanin Bumrungsap, Advisor, Board of Management, Italian-Thai
Development Public Co., Ltd., and President, AIT Alumni Association
(Thailand Chapter) spoke as an AIT alumni representative and assured
the public that the AIT alumni and AIT are “one and are united.”

Chief organizer Dr. Naveed Anwar explained what the participants could
expect from the two-day forum, emphasizing that AIT’s academics,
research, outreach and consulting are all open to collaboration and
partnerships and are working harmoniously to support each other for
AIT’s success.

Prominent AIT graduate Dr. Somchet Thinaphong, Chairman,
Geo-Informatics and Space Technology Development Agency, and President,
Dawei Development Co., explained aspects of the large Dawei greenfield
project in Myanmar. He emphasized the impact of AIT in the planned
mega-project, saying it could fundamentally change Thailand’s neighbor.
Many of the infrastructure elements of the project incorporate
engineering expertise from AIT and are the end result of 25 years of
its technology, he said.

Fellow prominent alumnus Mr. Chaovalit Ekabut, who is Vice President –
Finance and Investment and CFO, SCG, and President SCG Investment,
spoke both as a representative of his firm and as an AIT alumnus. “AIT,
as the name implies, is a technology leader in Asia,” he said. He
emphasized that this is an era defined by Asia’s rise. “ASEAN is
rising,” he added, and all private sector firms in the region can use
AIT to their advantage. “I believe AIT Technology Event will serve as a
platform to show AIT as a technology leader for this region.”

Bangkok MRT Blue Line Extension Project Manager Mr. Chih Huang, another
successful alumnus, explained how his firm’s mega-project to extend the
Thai capital’s subway system also carries the imprint of AIT. According
to Mr. Huang, the 75 billion Baht project expected to finish in March
2017 is providing many opportunities for AIT expertise to take the
lead. “A large number of management consultants involved in project
management are AIT alumni,” he said.

A photo gallery of the event is available at this link: 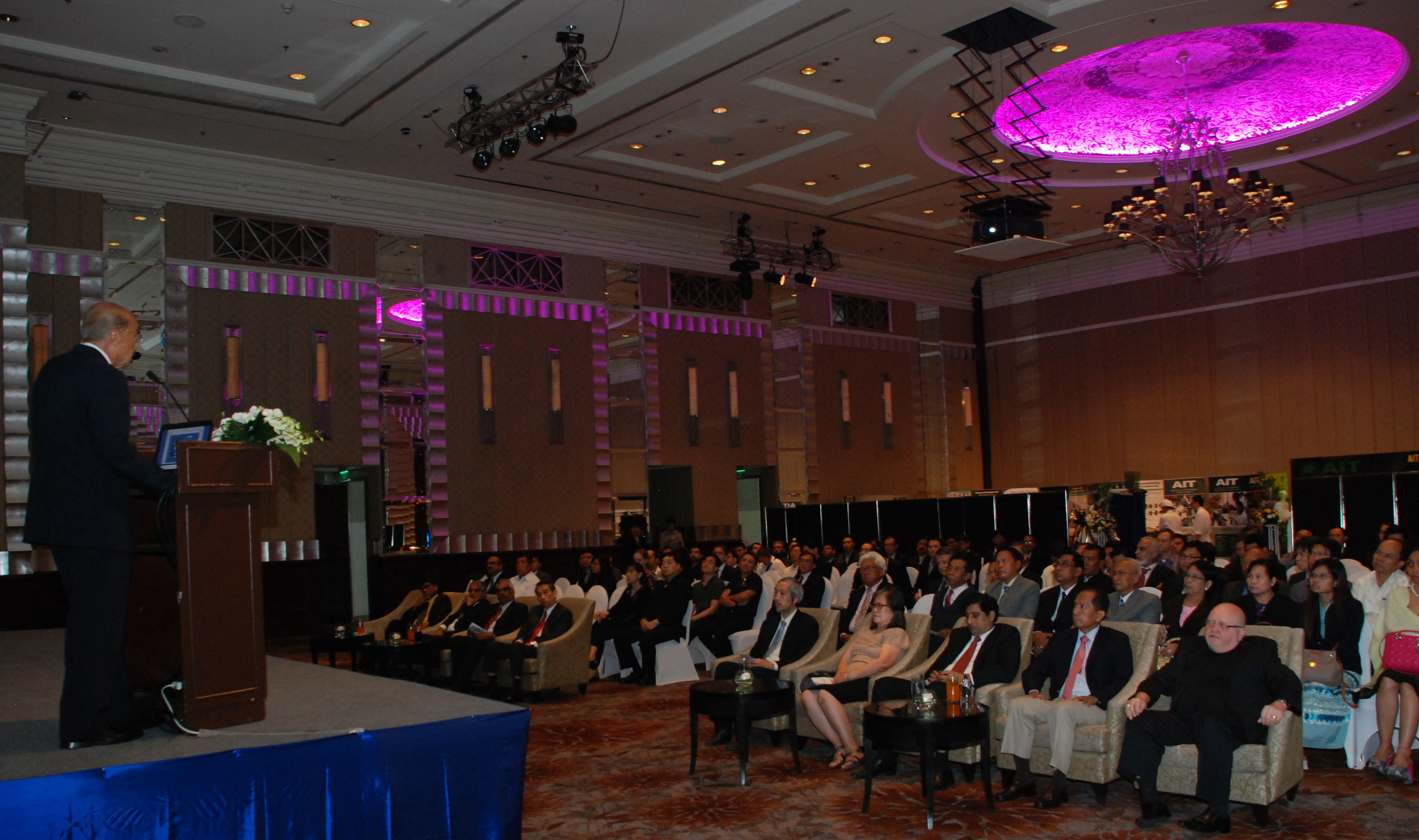