AIT alumnus is Premier of Taiwan 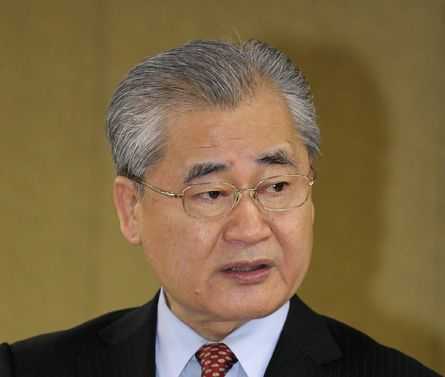 While the 55-year history of the Asian Institute of Technology (AIT) is laden with achievements of its alumni, the appointment of AIT Alumnus H.E. Dr. Mao Chi-Kuo as Premier of Taiwan, is a historical first for the Institute.
The newly appointed Premier of Taiwan is the first alumnus of the
Institute to rise to the position of Premier. Previous AIT alumni have
held senior ministerial positions in many countries all across the
globe. However, H.E. Dr. Mao Chi-Kuo is the first alumnus to become
Premier. As Premier of the Executive Yuan, he heads the executive
branch of Taiwan.Congratulating Dr. Mao, AIT President Prof. Worsak Kanok-Nukulchai
described it as “a true testimony to the success of AIT’s alumni in
Taiwan.” It is an indicator of the immense contributions that AIT
alumni have made towards its economic development and prosperity.”
Prof. Worsak added.

Dr. Mao’s association with AIT stems from his Master’s degree in
Engineering from the Division of Community and Rural Development in
1975. He followed it with a Ph.D. from the Massachusetts Institute of
Technology (MIT) in 1982. His Bachelor’s degree in Civil Engineering is
from the National Cheng Kung University in Tainan, Taiwan.

Dr. Mao has continued interaction with his alma mater and visited AIT
in June 2002 in his capacity as Chairman of Chunghwa Telecom Co., Ltd.
to explore academic collaboration.

Dr. Mao has held several academic positions. He was Chair Professor of
the College of Management, National Chiao Tung University (NCTU), and
served as its Dean from 2006-2008. Dr. Mao also worked in NCTU in
various other positions including Associate Professor, Professor and
Director.