Humanity is in the midst of its greatest biodiversity crisis

Enumerating various aspects of biodiversity and the use of DNA to
conserve and protect forests was Prof. Andrew Lowe of the University of
Adelaide, who delivered a talk at the Asian Institute of Technology
(AIT) on 1 March 2016.

Prof. Lowe stated that humans have managed to name only a million
species so far, and at this pace, it would take another 2000 years to
complete cataloguing all species — though by that time, many of them
would become extinct.

DNA technologies are now widely available, and Thailand possesses good
capacity in this field, Prof. Lowe remarked. Quoting several examples,
Prof. Lowe highlighted the role that DNA techniques are playing in
monitoring and conserving biodiversity. Citing a study from Peru, he
said that 98 per cent of the timber coming out of Peru is being sourced
illegally. Out of the global timber trade of $ 180 billion, between
30-50 per cent of the timber trade internationally comes from illegal
sources. Similarly, less than half of the “US white oak” sold in the
United Kingdom comes from the US. Teak from Thailand is often not
sourced from plantations, which indicates that natural forests areas
are being cut to provide teak, he added.

He narrated how DNA barcoding was being used to support legal exports
of timber. DNA is also being used for genus and specie identification,
and determining the region of origin. While DNA barcoding is
extensively used to distinguish between species, DNA fingerprint helps
in distinguishing between individuals. 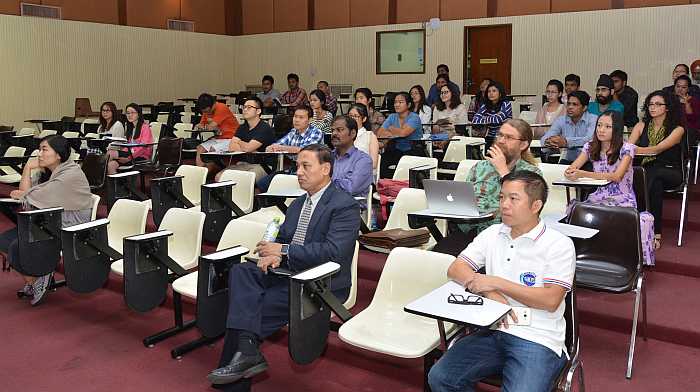