His Majesty the King of Thailand issued a royal command appointing
Prof. Worsak as Fellow of the Royal Society of Thailand, for his
national expertise in Civil Engineering, effective from the 8 June
2016.

The Royal Society of Thailand has three main duties, namely to conduct
research in all fields and publish the outcomes for the common good of
the nation, to exchange knowledge with foreign academic bodies, and to
provide academic opinions to the government and public agencies.

Prof. Worsak described the honor as “a lifetime royal grace I have
gratefully received from His Majesty the King over my professional
contributions to the nation and to the society.” Chairperson of the AIT
Executive Committee, Dr. Sahas Bunditkul termed the appointment as
“very prestigious,” stating that it “serves as testimony to the
valuable contributions which Professor Worsak, has made in the field of
civil engineering.” It is also an honour for AIT, he added. 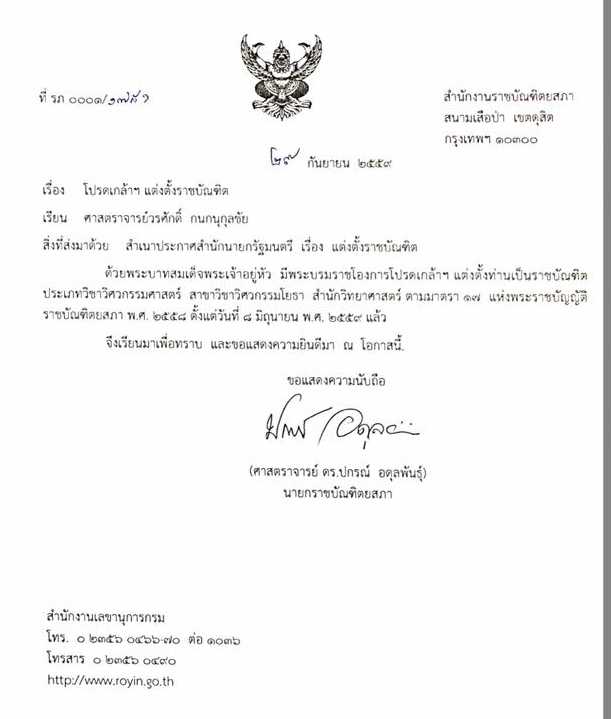