Inaugural Advisory Board meeting deliberates on AIT’s vision and mission


Chairing the meeting, Prof. William C Webster mentioned that AIT is at
a crucial juncture and “it must place itself in a new role that both
respects its distinguished origins and alumni and that meets the needs
of the coming generations.” Attended by nine of the 10 ILAB members,
all of whom are distinguished academic leaders, members stressed the
need to develop a strong vision and mission statement that gets a
“buy-in” from all of the stakeholders: faculty, staff, students, alumni
and donors. The vision statement is the banner under which the whole
AIT community marches; the mission statement is primarily a management
tool, he remarked.

In his presentation, AIT President Prof. Worsak Kanok-Nukulchai stated
that AIT is not and will not be a traditional full-fledged university.
AIT should position itself on its niche and exclusive uniqueness, so
that it can take full advantage of the blue ocean, i.e., an uncontested
market space. He added that over its past 57 years of operation, the
international character of the Institute has been the trademark of AIT.
AIT was ranked recently as world's top in International Orientation by
the EU-funded U-Multirank.

Further, most issues that confront the sustainable future of mankind
such as climate change, natural disasters, energy, food,
infrastructure, etc., have cross-border dimensions. They need to be
addressed at a global level for regional solutions. AIT has the
potential to seize the opportunity to be an international platform to
tackle these issues courtesy of its solid academic and research focus
which cuts across countries and disciplines, Prof. Worsak added. (His
presentation is available at this link
http://www.slideshare.net/WorsakKanokNukulchai/ait-develops-global-citizens).

Following the inaugural meeting, AIT President Prof. Worsak
Kanok-Nukulchai has invited all AIT stakeholders to participate in the
discussion on AIT’s new vision. A discussion board has been created at
this link http://www.vision.ait.asia 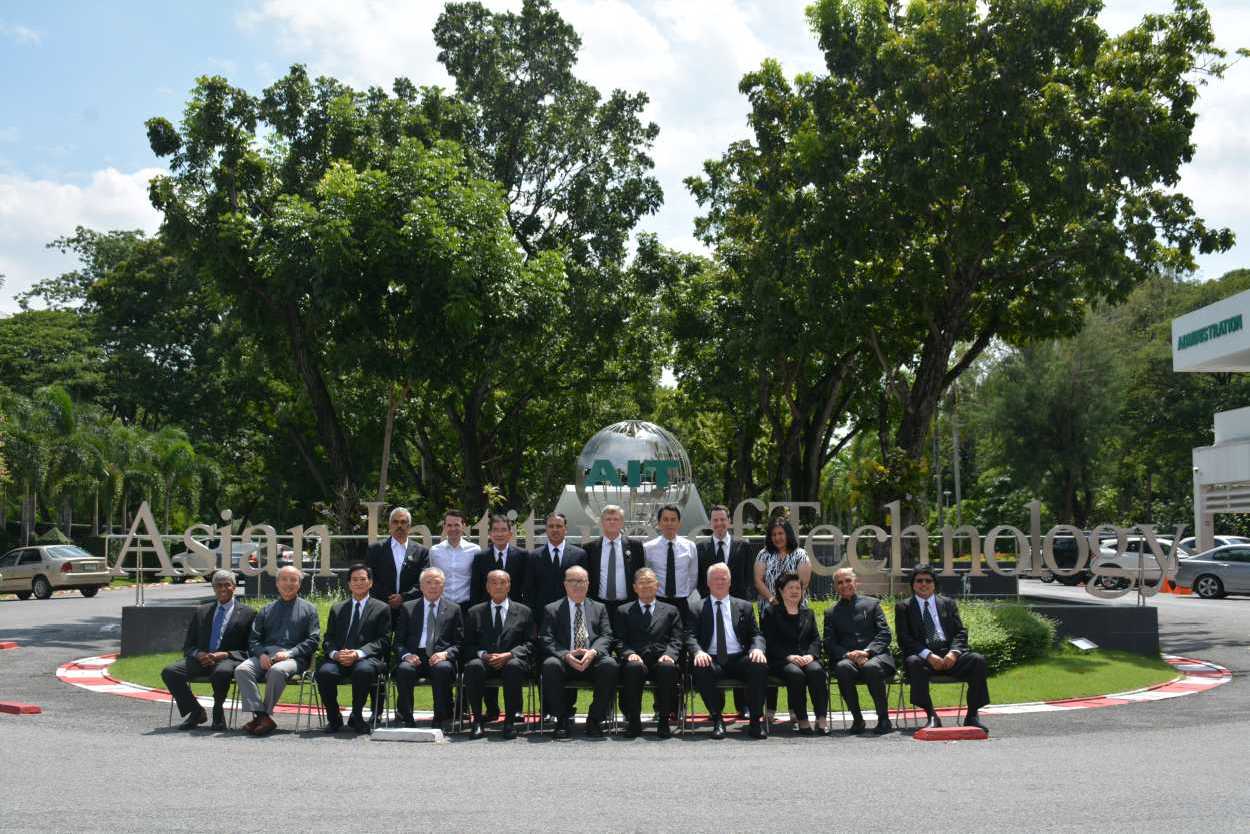