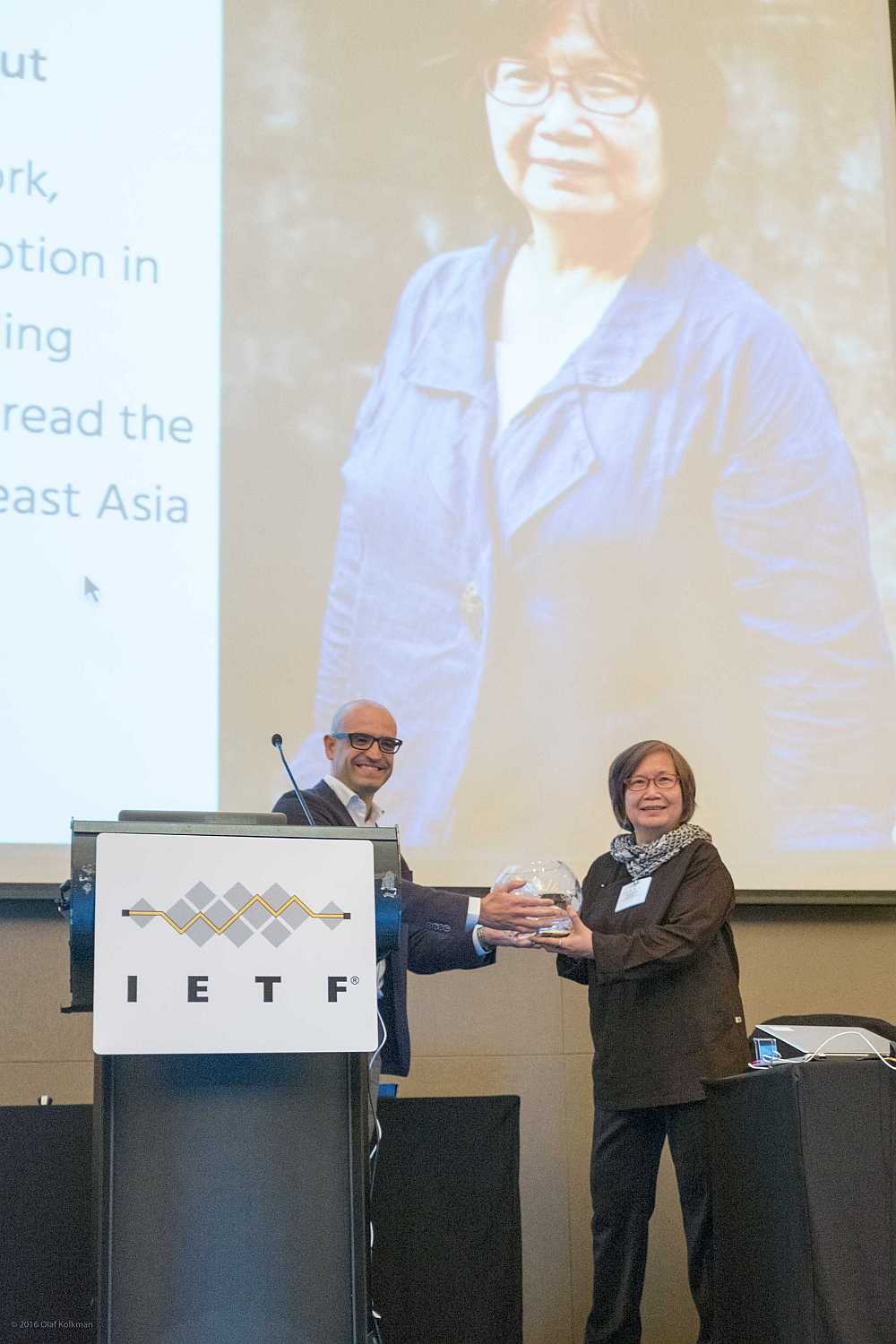 AIT’s Prof. Kanchana Kanchanasut has been honored with the prestigious Jonathan B. Postel Service Awardfor pioneering the spread of internet across Southeast Asia. Prof. Kanchana received the award at Seoul, South Korea, on 16 November 2016 on the occasion of the 97th Internet Engineering Task Force (IETF) Meeting.
The award was instituted in 1999, and Prof. Kanchana is the first from
Southeast Asia to receive the honor.The Jonathan B. Postel award is presented to an individual or an
organization that has made outstanding contributions in service to the
data communications community. It includes a presentation crystal and a
prize of US$20,000. The award is focused on sustained and substantial
technical contributions, service to the community, and leadership.“Dr. Kanchana’s devotion and pioneering work has helped extend the
Internet to people both in Thailand and across southeast Asia,” said
Gonzalo Camarillo, Chair of the Internet Society Board of Trustees,
while presenting the award. “Beyond the networking infrastructure, her
work has spread understanding about the Internet across academia,
industry and government,” he added.An official released by the Internet Society states that Prof.
Kanchana has been awarded for her pioneering work in establishing the
Internet in Southeast Asia and for enabling countless others to spread
the Internet across the region. She was among the first to bring the
Internet to Thailand in the 1980s.  In 1986, at the Asian
Institute of Technology (AIT), she teamed up with her Japanese
colleague to connect by email from their institute, AIT in Thailand, to
the rest of the world at that time which enabled email conversations
with computer scientists outside the country.After working to increase connections beyond Thailand, with many other
countries in the region and the global networking community through the
1990’s, Prof. Kanchanasut set up the Internet Education and Research
Laboratory (intERLab) at AIT to provide much needed capacity building
for Internet engineers in the region in addition to producing a steady
stream of graduates in Computer Science and Engineering for students
from all across Asia.  In 2015, Prof. Kanchanasut started the
Bangkok Neutral Internet Exchange (BKNIX), the first open and neutral
Internet Exchange Point in Southeast Asia.

In recognition of her substantial contribution to the Internet in
Asia, she was also inducted into the Internet Society’s Internet Hall
of Fame program and virtual museum in 2013.

More details about the Jonathan B. Postel Service Award are available
at this link: https://www.internetsociety.org/postel. 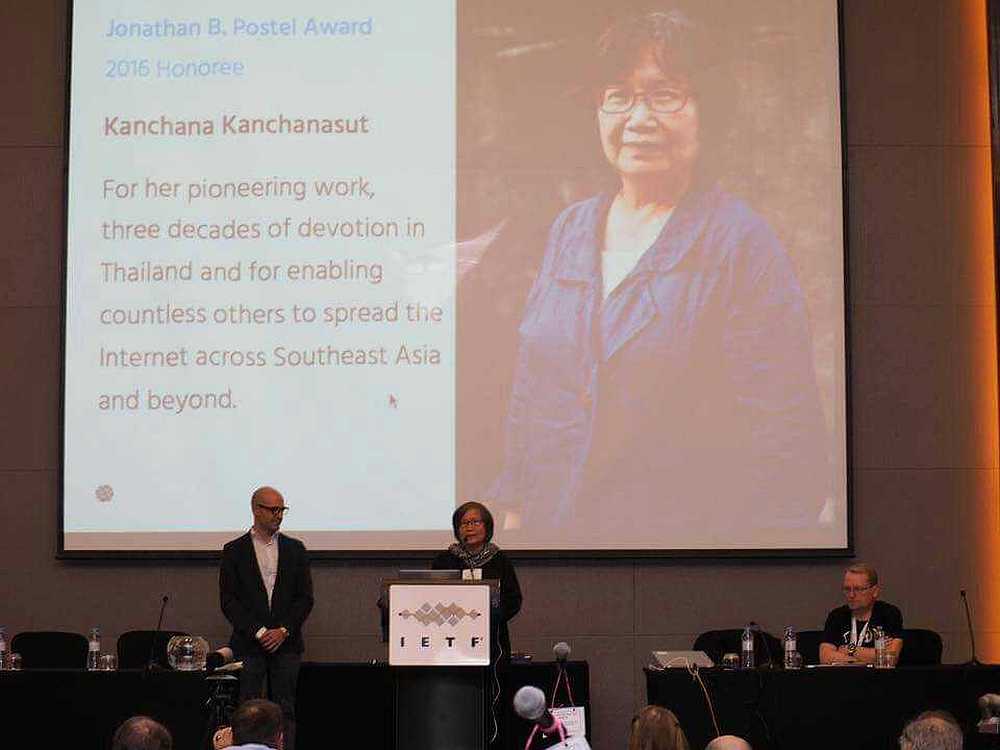