Mr. Chaiwat Kovavisarach (left) and Prof. Worsak Kanok-Nukulchai.The Asian Institute of Technology (AIT) received its largest-ever single corporate grant in the form of 50 million Thai Baht towards the establishment of the Bangchak Initiative and Innovation Center at AIT (BIIC@AIT) — a venture which aims to act as a living laboratory and technology business incubator.

An agreement signed on 25 July 2017 by Prof. Worsak Kanok-Nukulchai, President, AIT, and Mr. Chaiwat Kovavisarach, President, and CEO of Bangchak Corporation Public Company Limited (BCP),  paved the way for the creation of BIIC@AIT.

“We are moving towards a new era of wonder and discovery,” remarked Mr. Chaiwat, as he stated that the common mission is to groom green sustainable technology-based companies and businesses. BIIC@AIT will act as an entrepreneurship incubator and help create enterprises based on knowledge and innovation. We will support AIT students, fund viable projects, and bridge the gap between academia and industry, Mr. Chaiwat added. 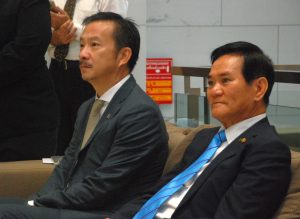 Chairman, AIT Board of Trustees, Dr. Subin Pinkayan described the occasion as “historic.” AIT’s mission is to create highly qualified and committed professionals who play a leading role in the sustainable development of this region, and this agreement will create a platform which will work towards the achievement of this goal, he said.

AIT President Prof. Worsak Kanok-Nukulchai spoke about the partnership between Bangchak and AIT. Under the agreement, Bangchak will provide a budgetary support of 50 million THB for a period of five years, while AIT will contribute 18.35 million THB in kind. “This is the largest one-time grant received by AIT from the private sector, “ Prof. Worsak said. BCP will provide 10 scholarships for Master's students (five Thai and five international students), three doctoral and one postdoctoral scholarship (for both Thai and international students). The Center will promote entrepreneurship and advance knowledge-base innovation, with a focus on green sustainable technology, Prof. Worsak added.

Prof. Weerakorn Ongsakul of the Department of Energy, Environment and Climate Change, who is AIT’s focal point for the Center, stated that a network of existing resources would be developed to support the needs of incubator clients. At a given time, 6-10 clients would be served within the incubator. Four key objectives of BIIC@AIT include building prototypes of green technologies, creating proof of concept of green technology, devices and system, integration of AIT’s capacities, and innovative technological solutions to capacity building and community development, Prof. Weerakorn added. 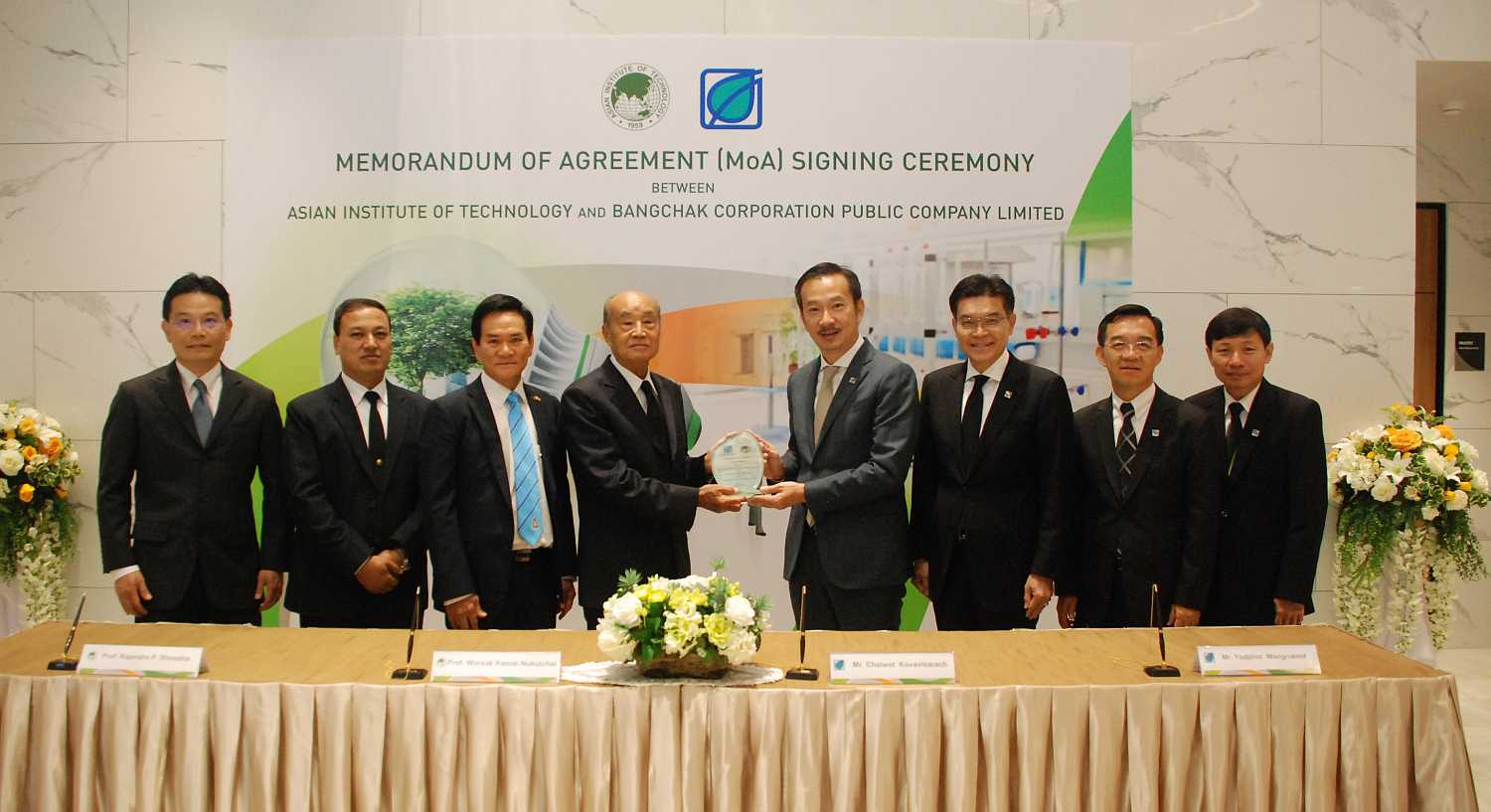