The Asian Institute of Technology (AIT) provided a phenomenal experience as a student, and the Institute has been both exhilarating and challenging. This is a place where academic study is fascinating, and student life is terrific. Describing his association with his alma mater was Prof Zhang Wei, Chairman of the Board of Trustees, Northwestern Polytechnical University (NPU), who left AIT as a student 17 years ago, but returned to the Institute on 16 September 2017 as a Chairman of the Board of NPU.

“NPU is similar in some ways,” Prof. Zhang Wei remarked. NPU is known for engineering, particularly in the realm of strategic state requirements. Elaborating on the Belt and Road Initiative (BRI), Chairman Zhang remarked that NPU is located in the city of Xi’an, which was the starting point of the ancient Silk Road. Similarly, Thailand lies on the maritime Silk Road.

Signing of MoU between AIT and NPU.“We believe that the age of cooperation between AIT and NPU has just begun,” Chairman Zhang said, as he interacted with senior AIT officials. He recalled that AIT President Prof.Worsak Kanok-Nukulchai had visited him when he was the Board Chair of Beijing Institute of Technology (BIT) two years ago, and last year Prof. Worsak attended NPU’s first Global Partners’ Week. Describing Prof. Worsak as “a man of vision and fresh ideas” and as an inspiring leader and president, Prof. Zhang invited the AIT President to deliver the concluding speech at the closing ceremony NPU’s international conference scheduled in 10 days. 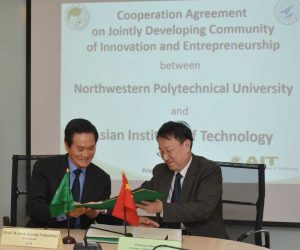 Visiting AIT after a long gap, Prof. Zhang was also delighted to meet his advisor Prof. Barbara Igel, who guided him through his PhD. when he was studying at AIT.

Chairman Zhang was leading a five-member delegation to AIT to sign an agreement on building an “International Community of Innovation and Entrepreneurship.” NPU is inviting global partners to join the international community, and this two-stage process begins with NPU signing bilateral agreements with AIT, which will later see other partner universities also joining and signing a multilateral agreement.

A formal agreement between NPU and AIT was signed by Chairman Zhang and President Worsak is initially aimed at sharing “Innovation and Entrepreneurship (I&E) initiatives” between NPU and AIT, and which will be also see other universities joining the initiative. The visiting delegates stressed the importance of encouraging a student innovation and entrepreneurship experience in an international environment.

President Worsak invited NPU to organize a joint workshop at AIT and NPU to encourage sharing of experiences of I&E among the communities of both universities. While AIT can share its “space” for NPU’s entrepreneurs to localize NPU’s innovations to other non-Chinese markets, NPU will share its “space” for innovations from AIT to be localized for the 1.4 million people market in China. 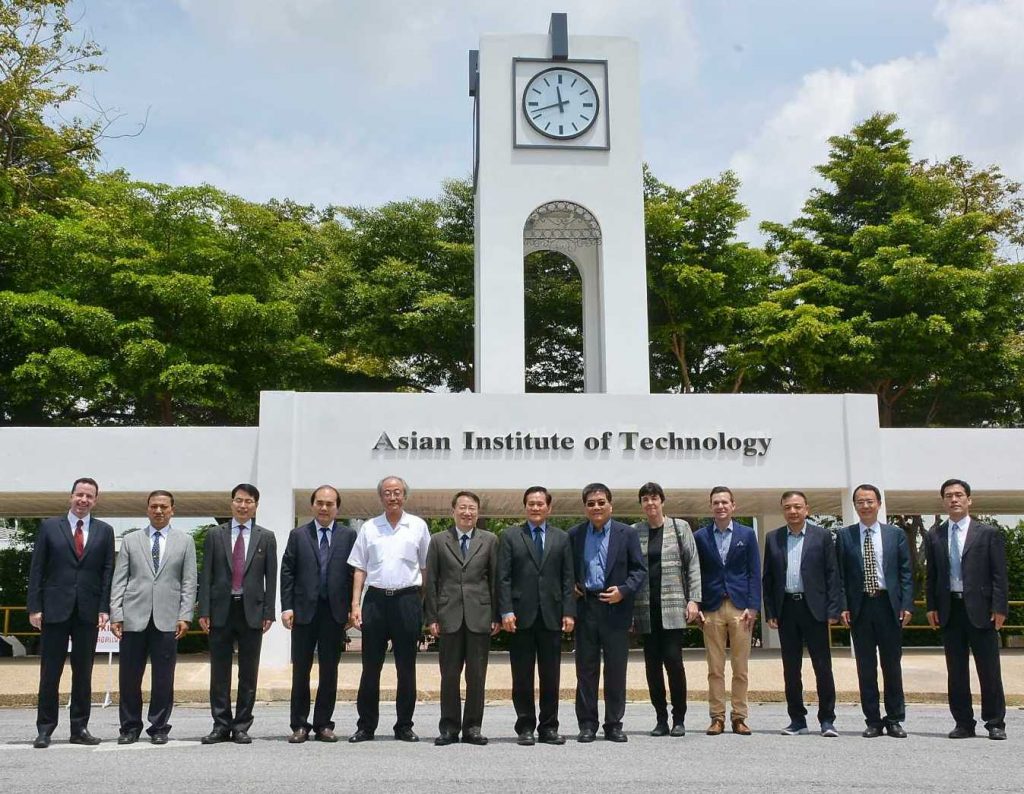