Sri Lanka’s Minister of State for Agriculture Wasantha Aluwihare has sought AIT’s expertise in enhancing farmers' knowledge and dissemination of modern technologies to help facilitate the transition of agricultural produce from the farmland to the market. He was interacting with AIT officials during his visit to the Institute of November 1, 2017.

The Minister remarked that while Sri Lanka was once referred to as the granary of the East, the specter of climate change and the twin impacts of flood and drought are acting as impediments in the achievement of the goal of food security. Close to 40 percent of the agricultural produce is wasted, and AIT can help enhance the knowledge base and skill set of farmers, extension workers, as well as traders and officials. “Minimization of waste and maximization of output in our goal, and I would encourage farmers to visit AIT to learn about recent developments in technology and to adopt new strategies,” the Minister said. 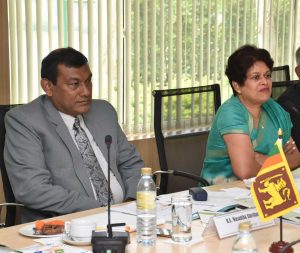 Accompanying the Minister was Ambassador of Sri Lanka to Thailand H.E. Kshenuka Dhireni Senewiratne, who spoke of the close relations between AIT and Sri Lanka, adding that in the first five months of this year, AIT had conducted 17 capacity building and training programs. “Collaboration between AIT and institutions in Sri Lanka is expanding, and it is a mutually beneficial relationship,” the Ambassador said.

AIT President Prof. Worsak Kanok-Nukulchai described the relationship between AIT and Sri Lanka as long-lasting. "Students from Sri Lanka have excelled at AIT," Prof. Worsak said, as he quoted the example of Sri Lankan AIT alumnus Prof. Tissa H. Illangasekare, who is widely recognized for his contribution to the advancement of science. The AIT President also offered the Institute’s expertise in augmenting human resources in Sri Lanka. 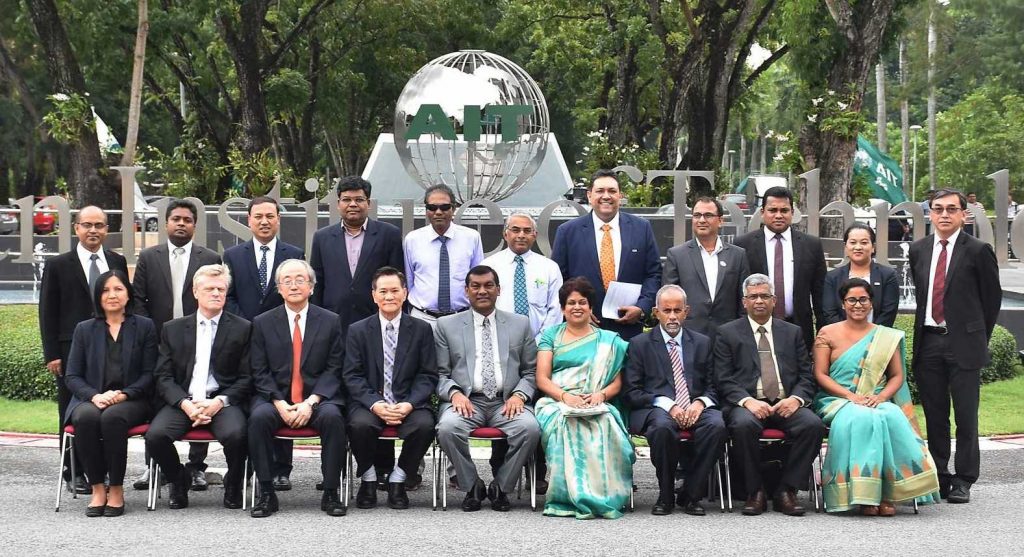