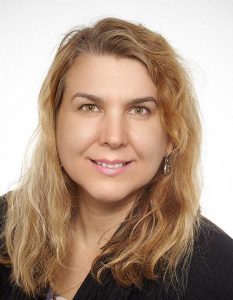 Dr. Sylvia Szabo has joined the Department of Development and Sustainability at AIT’s School of Environment, Resources and Development (SERD) as an Assistant Professor.

Prior to AIT, she was working as a Nutrition Advocacy Advisor at Save the Children, United Kingdom. She has also served at the Global Fund to Fight AIDS, Tuberculosis and Malaria; as a Consultant for the Pakistan office of the Food and Agriculture Organization of the United Nations (FAO); and as a participant in the second edition of the EU-China Managers and Training programme based in Beijing.