The Asian Institute of Technology (AIT) has been ranked among the top universities in eight subject areas, according to the QS Top Universities 2018 Rankings by Subject released on 28 February 2018.

Civil and Structural Engineering (ranked between 101-150) and Architecture and Built Environment (101-150) are two subjects where AIT is ranked at the top in Thailand. Other subject areas where AIT is included in world rankings includes Environmental Sciences (151-200); Business and Management Studies (201-250); Agriculture and Forestry (201-250); Computer Science and Information Systems (351-400);  Electrical and Electronics Engineering (251-300); and Mechanical, Aeronautical and Manufacturing Engineering (301-350). 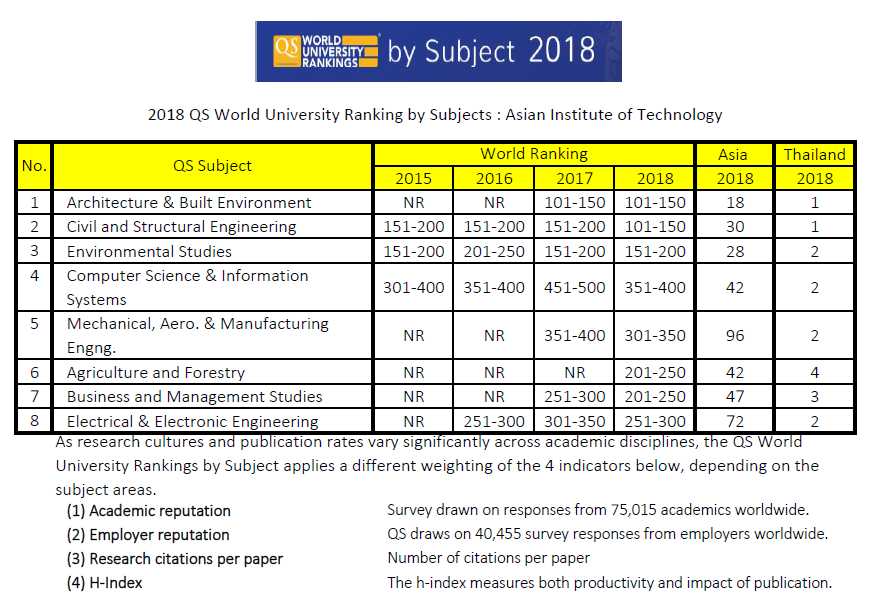