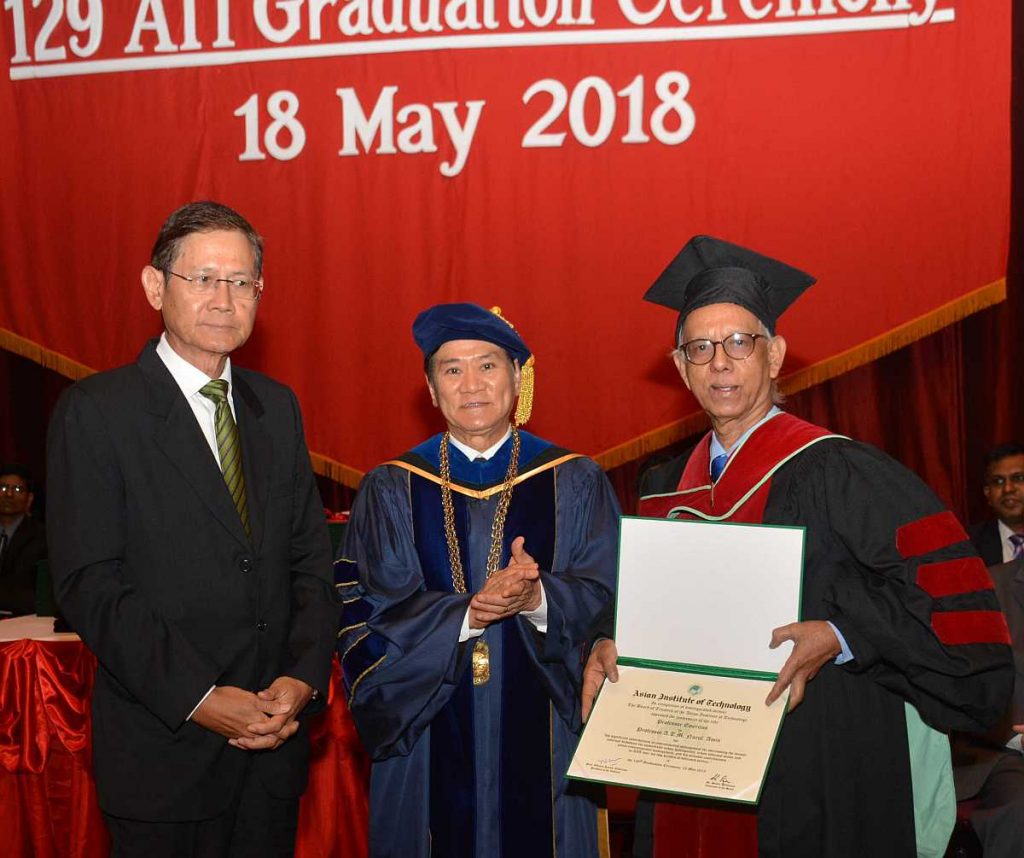 Professor Amin had obtained his Ph.D. in Economics from the University of Manitoba, Winnipeg, Canada, in 1982, and he joined AIT as an Assistant Professor in 1987. He was promoted to the rank of Professor in 1998, and served as a Professor at AIT for 10 years, and as a full-time faculty member for 21 years.

Professor Amin graduated 11 Ph.D. and 96 master’s students. He served as an external examiner to 15 doctoral students from universities in Australia, Canada, Hong Kong, India, Pakistan and Bangladesh. He has a total of 176 publications and other contributions which include two books, 18 journal articles, 11 book chapters, 13 conference proceedings, 67 other publications, and 65 other contributions of record. His publication areas are in urban informal sector, economics of rural-urban relations, urbanizations, urban employment, urban poverty, and designing of public policy interventions for environmental protection and management.

Professor Amin had delivered a Professorial Lecture at AIT in 2007 and was conferred by AIT the status of Distinguished Adjunct Professor in 2015.

During 2003-2005, he was the Project Director of one of the most successful and large scale sponsored projects received by AIT, namely the. Southeast-Asia Urban Environmental Management Applications (SEA-UEMA) Project. After retiring from AIT, he has continued to work in the academia and he currently holds the position of Professor and Chairperson of the Economics and Social Sciences Department at BRAC University, Bangladesh.