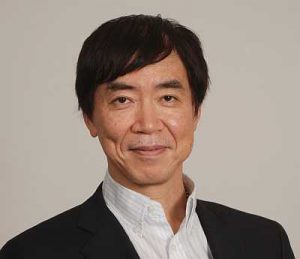 Mr. Naoya Tsukamoto, has joined as the new Director of the Regional Resource Centre for Asia and the Pacific (RRC.AP) at AIT. He succeeds Mr. Osamu Mizuno, who has completed his tenure.

Mr. Tsukamoto obtained his B.Sc. at University of Tokyo, and M.Sc. in Environmental Engineering at Johns Hopkins University.

Prior to joining AIT, Mr. Tsukamoto was serving as Project Director under the United Nations University Institute for the Advanced Study of Sustainability (UNU-IAS).

He has served in various capacities in the Ministry of the Environment of Japan. He was the head of Japanese Delegation to the IPCC/AR4. Under UNFCCC, he served as Vice Chair and board member of the Adaptation Fund Board from 2006-2008, as well as a member of the Adaptation Committee from 2011-2013. From 2014 to 2016, he worked for the Institute for Global Environmental Strategies (IGES) as Secretary-General/Principal Researcher.