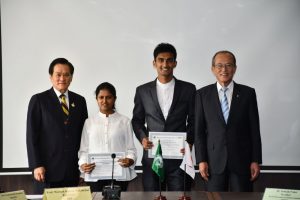 Recipients of the Kurita Scholarship 2018 Award were honored at an award ceremony organized at the Asian Institute of Technology (AIT) on 24 August 2018. Mr. Toshiyuki Nakai, President of the Kurita Water and Environment Foundation (KWEF) handed over award certificates to Divakar Thapaliya of Nepal, and Withanage Buddhima Sharmane Siriweera of Sri Lanka.

While Divakar is a student of Water Engineering and Management at AIT’s School of Engineering and Technology (SET), Withanage is a student of Natural Resources Management in the School of Environment, Resources and Development (SERD). Nurul Pertiwi of Indonesia, who will also join NRM, is the third recipient of the 2018 award. Awardees from 2017, Oum Somaly, Raksmey Ang, and Nandana Hewawasage Sajith Madhawa Premarathna, also attended the event.

Welcoming the Kurita delegation, AIT President Prof. Worsak Kanok-Nukulchai expressed his appreciation to Kurita for supporting AIT students. He mentioned that almost six decades ago, AIT had commenced operations with ‘water’ being the core academic subject. “Water and environment continue to be key areas for AIT,” Prof. Worsak added.

KWEF President Toshiyuki Nakai stated that ever since its establishment in 1997, KWEF has been fostering research on water and water-related issues. The scholarships are also a way of celebrating two decades of operations, and KWEF will continue to promote academia-industry collaboration, he added. 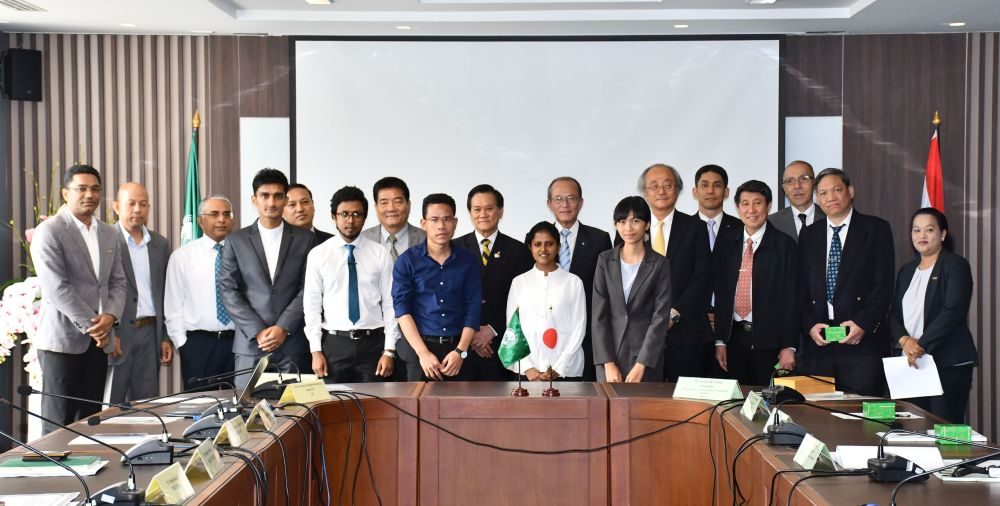