Dr Eden Y Woon is the new President of AIT 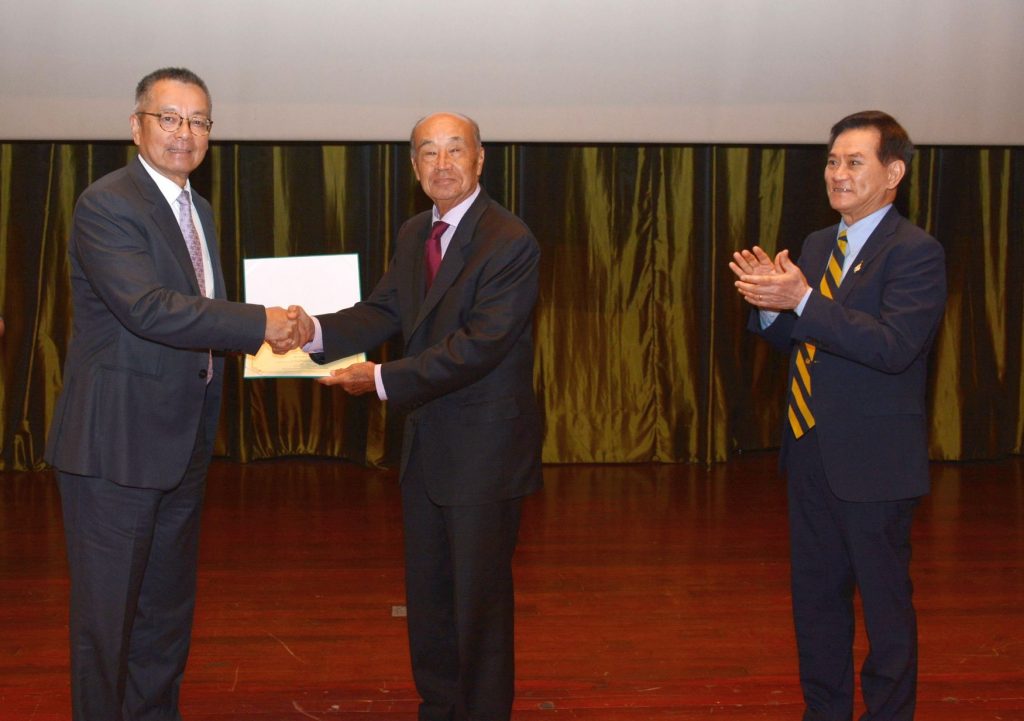 Dr. Eden Y Woon is the new president of the Asian Institute of Technology (AIT). He assumed office on 1 September 2018.

A formal handing over of the baton of presidency was organized on 30 August 2018 at the Robert B Banks Auditorium in the presence of the members of the AIT Board of Trustees. Dr. Woon was introduced by the Chairman of the AIT Presidential Search Committee Dr. Anat Arbhabhirama, following which he delivered his acceptance remarks. Chairperson of the Board of Trustees, Dr. Subin Pinkayan welcomed Dr. Woon and thanked outgoing President Prof. Worsak for his significant contributions to the Institute. Dr. Woon received the AIT medallion from outgoing President Prof. Worsak, a symbolic emblem that is worn by the AIT President at the Institute’s graduation ceremonies.

Prof. Worsak delivered remarks on “Overview of AIT’s Past and Present” while Dr. Woon presented his thoughts on “Prospects for AIT’s Future.”

Dr. Eden Woon thanked the selection committee chair Dr. Anat, Board Chair Dr. Subin, and all Board members for appointing him to succeed a list of distinguished presidents who have previously led this prestigious institution.

Dr. Woon complimented President Worsak for being an outstanding leader who helped in stabilizing AIT and providing it with a solid foundation. “AIT is at crossroads with a strong need to clearly define its relevance in view of fierce competition from higher education institutions all over the world, including the region,” Dr. Woon said. He described his vision of AIT as being a relevant and respected global technological and entrepreneurial institution serving Asia and the world. “To accomplish this, we need to be outward reaching and more proactive in forging international relationships and incorporating innovation and entrepreneurship into its positioning,” Dr. Woon remarked.  He added that AIT must work more with enterprises in both research and education.

“Finally, I will seek to bring a positive energy to AIT and I will ensure that AIT is a caring organization to its stakeholders—students, faculty, staff, alumni, and friends.,” Dr. Woon added. He concluded his short remarks with a plea for the Board to support the changes that will be needed to enable AIT to move forward and upward at this critical juncture of its 60-year history.

Prof. Worsak extended his warm welcome to the incoming President Dr. Eden Woon stating: “With the solid foundation that we have strived to achieve during the last five years, I would like to ask all members of the AIT community to continue and provide strong support to Dr. Woon in his vision to take AIT to new heights.”

Earlier, on 19 May 2018, the AIT Board of Trustees had announced the appointment of Dr. Woon as the next President. The process of selecting a new president had begun in April 2017, and the Presidential Search Committee headed by Dr. Anat Abhabhirama had completed its process in early 2018. 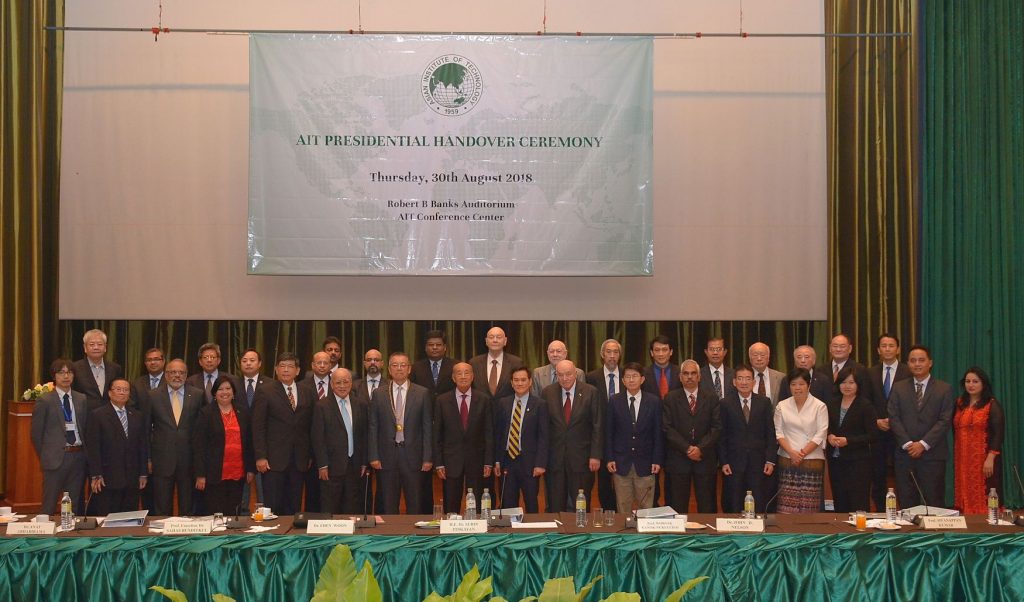 Handover ceremony at the Robert B Banks Auditorium on 30 August 2018.