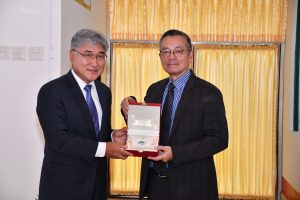 Korea House — the focal point of co-curricular activities and campus life at the Asian Institute of Technology (AIT) has a new look. The renovated Korea House was jointly inaugurated by the Ambassador of Korea to Thailand, H.E. Mr. Noh Kwang-il and AIT President Dr. Eden Y Woon on 28 September 2018.

The landmark building was initially opened to the public in 1982, courtesy of a donation by the Korean Traders Scholarship Foundation.  Ease of access, a central location, and a traditional building quickly made Korea House into a landmark building on campus, where students and family members assembled for festivities and celebrations. The fundraising campaign to renovate Korea House was launched in 2016, and the renovated facility has now been opened for use.

Ambassador Noh Kwang-il, while inaugurating the facility expressed his delight at the event, and assured AIT of support for future activities and endeavours. He highlighted the importance of the traditional octagonal roof structure of Korea House stating that it is widely used in pavilions. It is meant to encourage people to pursue artistic activities like drawing and painting, as well as writing poetry, the Ambassador added.

President Woon expressed his gratitude to the embassy and the donors for their support, adding that facilities like Korea House epitomize campus life. “Long after students have graduated they may not recall their lectures, but they will certainly remember the friendships and conversations that form a critical part of their student days,” Dr. Woon said. He added that an important reason why online programs and MOOCs have not replaced traditional universities is that residential universities can foster stimulating student-to-student conversations that are the hallmark of student life. Korea House is one such facility that helps students network together, he said.

“The renovation work began immediately after the success of our fundraising campaign,” revealed Sanjeev Jayasinghe, Director, Office of Advancement, AIT. He mentioned how the seed money of 460,000 THB came from the Korea International Trade Association, following which a matching grant came via donations and support of Korea Chapter of the AIT Alumni Association (AITAA) and visiting faculty members. Four alumni and the AITAA (Vietnam Chapter) pitched in, helping AIT overshoot its initial target of 1.1 million THB.

The Ambassador was accompanied by Ms. Hyunah Kim, Second Secretary, Embassy of the Republic of Korea. Mr. Pauk Kyaing Sahm, President of AIT Students’ Union delivered a vote of thanks.

Photo Album from the event 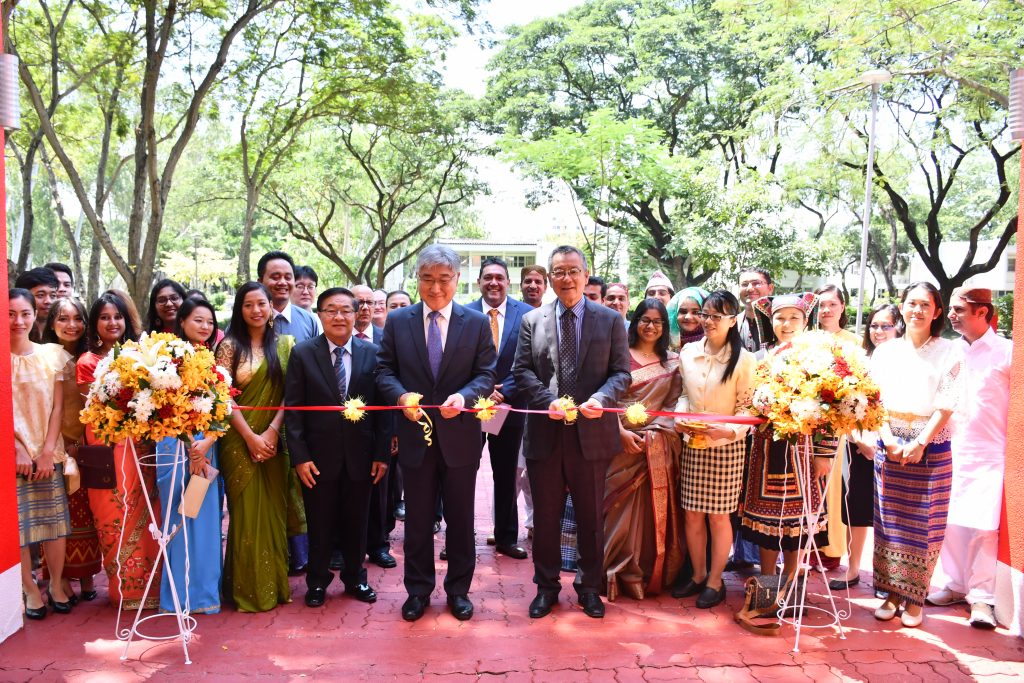