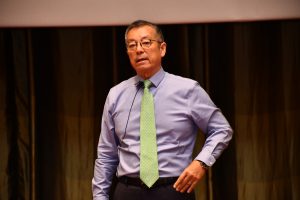 In his inaugural address to the community, President Eden Y Woon unveiled his vision for the Asian Institute of Technology (AIT) as it moves beyond 60 years. “AIT needs to be a relevant, respected, global, and well-known technological and entrepreneurial institute serving Asia and the world,” President Woon told a packed house at AIT’s Robert B Banks Auditorium on 5 September 2018.

The maiden public speech for the AIT family after assuming the AIT Presidency on 1 September 2018 was an occasion for the President to share his strategic vision and introduce himself. Peppered with experiences of his own personal journey from the military to diplomacy, business and academia, he outlined the future trajectory for the institute.

“We need to be relevant and get AIT on the map again,” President Woon said,  as he called for innovation to be an all permeating concept that drives AIT. Speaking on international orientation, the President reminded everyone that all universities in the world are clamoring to emerge as international universities, and AIT needs to capitalize on its glorious past and ensure that the global footprint of the Institute keeps on expanding.

Enterprises and entrepreneurship go hand in hand, Dr. Woon said. He would like to see more collaboration and application work with industry—to include more industry practitioners teaching at AIT and more student co-op in enterprises, and he plans to establish an Institute-wide Entrepreneurship Centre at AIT for students and faculty to have a chance to begin start-ups using the knowledge gained from AIT.

He also spoke of how AIT could benefit from the Belt and Road Initiative (BRI) and enhance relationships with Belt and Road countries.  Executive education, more topical Masters degree programs, use of MOOCs are other paths that AIT can traverse. Rigor and relevance go hand in hand, and hence the Institute will still concentrate on its core competencies, and not spread out too thin, Dr. Woon suggested, but we must be nimble and creative and embrace the trends in education and research.

Stakeholders and support formed the two final variables in the formula as AIT engages with the all-important alumni and other supporters, governments, businesses, and other organizations. While the community focuses on team efforts, AIT will place students at a higher priority. As for support, as AIT embarks on its 60th anniversary celebrations in 2019, we will explore ways to expand beyond its traditional support and kick off a wide-ranging 60th Anniversary fundraising campaign.

While the mathematician in Dr. Woon provided a mathematical expression for AIT, his stress on engagement with BRI was based on his experience in China affairs (30 years). A stint in diplomacy (12 years), academia (22 years), and business (18 years) notwithstanding, it was his military experience (22 years) that provided the bedrock of the concluding portion of his talk. “We need a sense of pride, integrity, accountability, responsibility, and good governance. Together we can do it!”, Dr. Woon concluded. 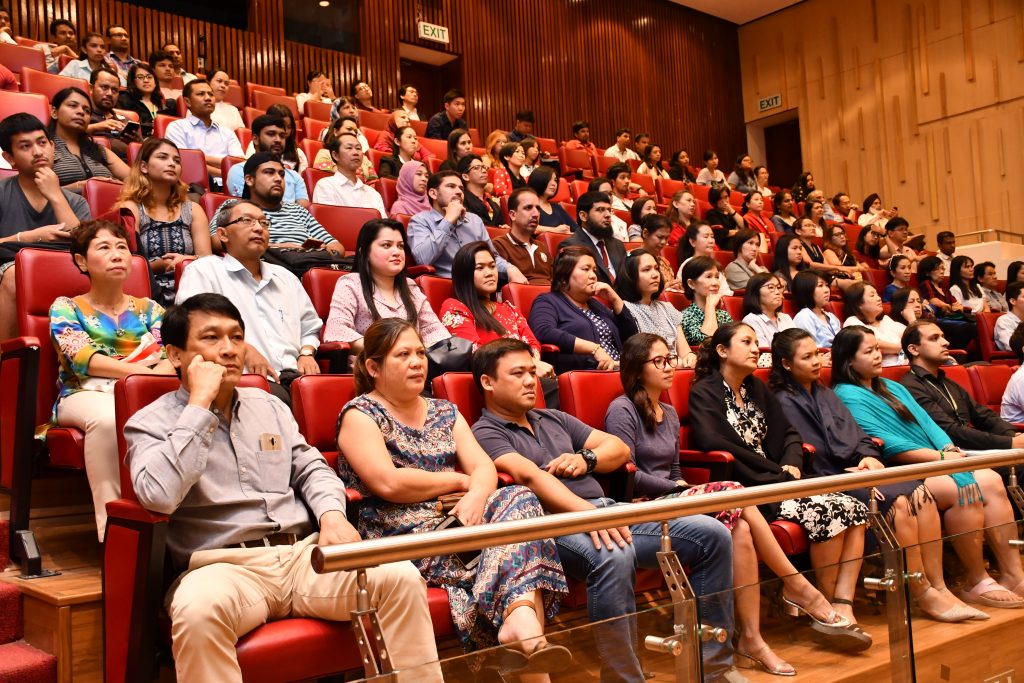 A section of the audience at the Robert B Banks Auditorium attending the talk by Dr. Eden Y Woon on 5 September 2018.