Prof Ajit Annachhatre bestowed with the title of Professor Emeritus 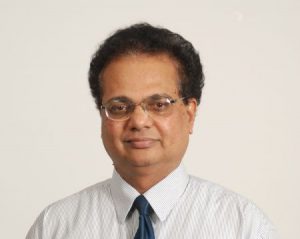 Prof Ajit Annachhatre has been bestowed with the title of Professor Emeritus. This was announced following the meeting of the AIT Board of Trustees held on 30 August 2018.

Prof. Annachhatre has received a number of awards which include amongst others, the Alexander von Humboldt Foundation Award (1988-1991) to conduct research at the Technical University of Berlin, Germany, and a Post-doctoral Research Fellowship Award by the New Zealand Government at Massey University, Palmerston North, New Zealand (1991-1993). Prof. Annachhatre served as member of the Editorial Board of the international journal “Water Science and Technology”, under the International Water Association (IWA), London, UK (2005-2008) and as the Advisory Board member of the international journal “Re/Views in Environmental Science and Bio/Technology” (RESB) (2002-2004).