Prof. Worsak Kanok-Nukulchai bestowed with the title of Professor Emeritus 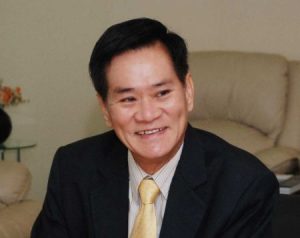 Prof. Worsak Kanok-Nukulchai has been bestowed with the title of Professor Emeritus. This was approved at the meeting of the AIT Board of Trustees held on 30 August 2018.

Prof. Worsak has received a number of awards which include amongst others, “Fellow of the International Association of Computational Mechanics (IACM)” at its 2006 World Congress in Los Angeles, USA., the Fumio Nishino Medal, which is the highest award given by the East Asia Pacific Conferences on Structural Engineering and Construction (EASEC), “for his outstanding contribution through research, development and professional practice, and for upholding professional integrity well recognized in the Asia-Pacific region”, and the Royal Decoration of the Companion of the Most Admirable Order of Direkgunabhorn (4th class) by H.M. King Bhumibol Adulyadej.