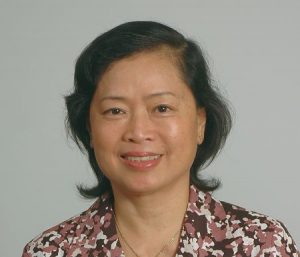 Professor Nguyen Thi Kim Oanh has been honored with the title of Professor Emeritus. This follows approval by the Board of Trustees in its meeting held on 30 August 2018.

Prof. Kim Oanh has received a number of awards which include amongst others, the Certificate of “Highly Cited Research” from the Journal of the Atmospheric Research for the paper Observing and Understanding the Southeast Asian Aerosol System by Remote Sensing, the “Alan Berman Annual Research Publication Award” by the Naval Research Laboratory in 2013, the “Air Quality Hero” award by the Better Air Quality (BAQ) 2010 Conference in recognition of “consistent best presentation, most presentations and most number of abstracts submitted for BAQ over the years”; the “EXTRA MILE” award in recognition of significant contributions to the Better Air Quality 2008 program naming her as “the Most Active Professor in Air Quality”, and the “Distinguished Researcher Award for Senior Research Leader” by AIT in 2015.