Professor Prinya Nutalaya bestowed with the rank of Professor Emeritus 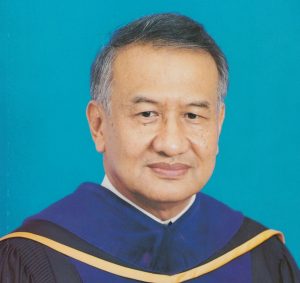 Professor Prinya Nutalaya has been bestowed with the rank of Professor Emeritus.This was decided at the meeting of the AIT Board of Trustees held on 30 August 2018.

Prof. Prinya has received a number of awards which include amongst others, the David W. Brunton Award for Excellent Work in Geology (1961), the Rocky Mountain Association of Geologists Tarr Award for Outstanding Geologists (1966), and D.Sc. (Honoris Causa) by Chiang Mai University in 1999.

He served as Vice-Minister of The Ministry of Natural Resources and Environment of Thailand (2003-2004) and member of the Scientific Committee of the UNESCO-International Union for Geological Sciences (IUGS) International Geoscience Program (IGCP) during 1984-1989.