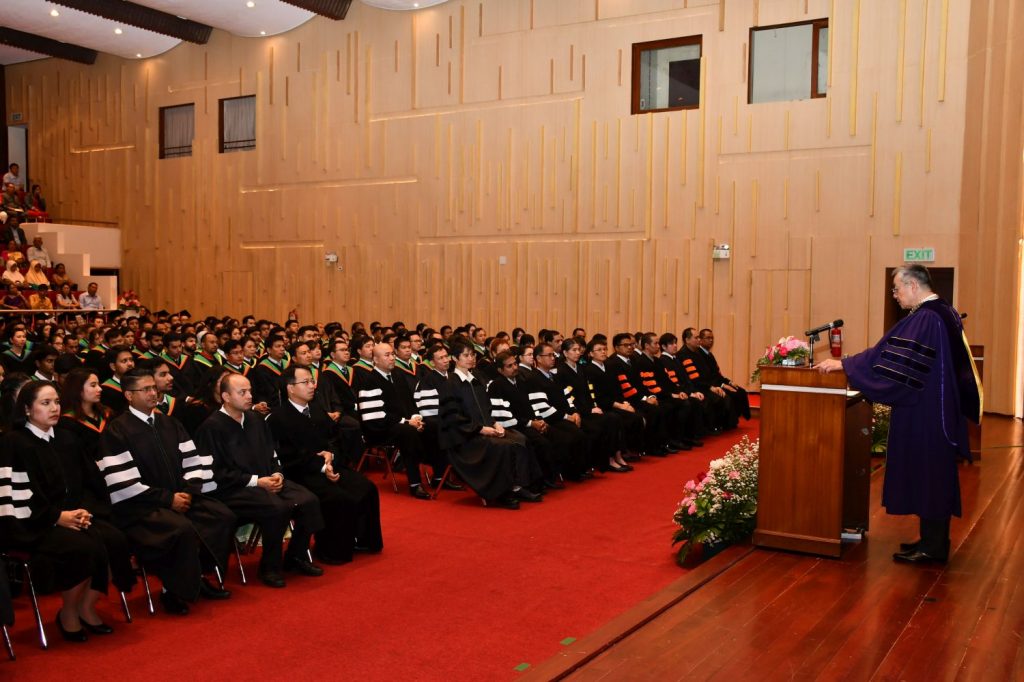 Two-hundred and ninety-two students from 21 countries were awarded degrees and diplomas on the successful completion of their academic programs. The latest batch of graduates included students from Asia, Africa, Europe, Oceania, and North America.

Congratulating the successful students, AIT President Dr. Eden Y. Woon reminisced about his own student days, stating that his graduation days were some of the happiest moments of his life. “You will carry memories and knowledge from AIT as you join over 23,000 fellow graduates scattered all over the world, but you must keep on learning and remain curious,” Dr. Woon said. “Always ask why. Never take an answer from someone who says that is the way we have always done it. Always ask if things can be done better,” President Woon stressed. Stating that both technology and business are changing at a rapid pace, he urged students to pursue lifelong learning. 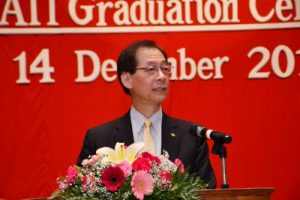 Delivering the Graduation Address, Prof. Timothy W. Tong, President, Hong Kong Polytechnic University (PolyU) stated that in light of complex global issues such as climate change, endemics, energy security, and other challenges that transcend national boundaries, universities are being called upon to be more socially relevant and responsible by nurturing students who will make positive changes to society.

Prof. Timothy quoted examples of research conducted by Hong Kong PolyU, including spectacle lenses that slow myopic progression, optical fibre sensing technology for mass transit systems, and camera-pointing systems for lunar missions, as he spoke on how PolyU devotes considerable resources to application-motivated research and knowledge transfer. “Like AIT, we believe that it is our responsibility to undertake impactful research projects and create products and add practical value so that we can help improve lives,” he added. 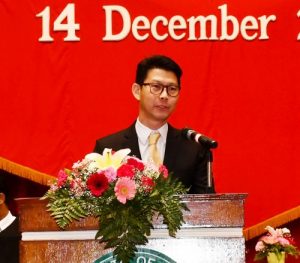 The message by a Prominent Alumnus was delivered by Dr. Marrut Manistitya, Head of B2B, IT, and Mobile – Thailand & Indochina, Thai Samsung Electronics Co. Ltd., who outlined his journey from being an economist who studied engineering for his master’s to earning a doctorate in management. Exhorting students to question more, Dr. Marrut remarked: “My recipe is always to begin by asking Why?” Once this is settled, proceed to When, How, and What, he said.” Speaking about the arrival of disruptive technologies, Dr. Marrut asked students to create opportunities based on their vision and beliefs. 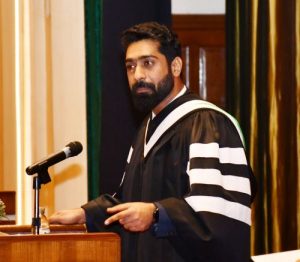 Dr. Rehan Ul-Haque, of the Department of Development and Sustainability, who delivered the Graduation Speech on behalf of all students, stressed that there is a time when a person morphs from student to individual, and how from a dreamer, that person becomes an achiever. Referring to this journey from student to individual, Dr. Rehan quoted the philosopher Lao Tzu, who said: “When a student is ready, a teacher will appear.” When students entered AIT, teachers appeared, and today when they graduate, it is time to recall Lao Tzu’s second quote: “When a student is truly ready, the teacher will disappear.” Stating that AIT is a place that has much more than theses to offer, he asked fellow graduates to throw all bowlines, sail away from safe harbours, and explore their dreams.

India provided the largest cohort of graduates (61), followed by Myanmar and Thailand (53 each), Viet Nam (41), and Sri Lanka (21). One student each from Malawi and Spain represented award recipients from Africa and Europe, respectively, while two students from Fiji and one from the United States represented Oceania and North America.