Dr. Teerapat Sanguankotchakorn Appointed Member of Board of Governors of ThaiPBS 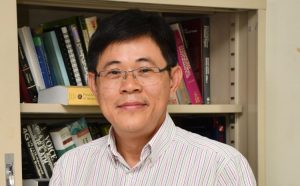 Dr. Teerapat Sanguankotchakorn has been appointed as a Member, Board of Governors of Thai Public Broadcasting Service (ThaiPBS).

A faculty member in the Department of Information and Communication Technology, at AIT’s School of Engineering and Technology, Dr. Teerapat’s announcement was officially announced in the Thai Royal Gazette on 13 December 2018.

Established in 2008, The Thai Public Broadcasting Service, popularly known as Thai PBS was Thailand’s first public TV broadcaster. It enjoys the status of a state agency, without being a government agency or a state enterprise. Thai PBS received an annual financial support of 2 billion Thai Baht each year to ensure its financial independence and to protect itself against any possible business links.

The Board of Governors is a policy-making body that lays out the strategic direction of Thai PBS and oversees its operations. The Board has nine members that are elected through an independent process and they serve a four-year term. The composition of the Board of Governors is designed to encompass a wide range of expertise and backgrounds, including the media, management, community development, children and family welfare.

About Dr. Teerapat: More details can be found at this link: http://www.tcict.ait.ac.th/dr-teerapat-sanguankotchakorn/