Why does Pollution Peak during Winter Months? 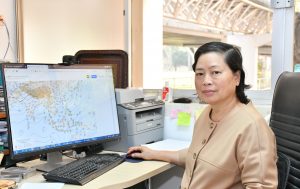 Come winter, Bangkok suffers from a pollution onslaught. As the Air Quality Index plummets, face masks become ubiquitous, and “PM2.5” enters our daily lexicon. It is time to ask: Why is the period from December to February the most toxic? Why is it that Bangkok, which is known for its tropical climate, suddenly emerges on the global pollution radar as a pollution hotspot?

The answer may well lie not in the stars but in meteorology and seasonal emission sources.

An analysis of the causative factors behind the pollution nightmare brings into focus four distinct elements. The dry season is almost always associated with high atmospheric particulate matter (PM) pollution. Studies reveal that almost all over Asia, PM levels escalate during the dry season.

A three-year project run by the Asian Institute of Technology (AIT) from 2015 to 2018 firmly established the link between seasonal variation in PM2.5 levels and the dry season, depicting extremely high levels as compared to the wet season. “We obtained samples from two sites — one in central Bangkok, the other at AIT itself, in a Bangkok suburb in Pathum Thani Province. Each sample covered seven days per week, and sampling was run continuously for 52 weeks in a year,” says Prof. Nguyen Thi Kim Oanh, an Emeritus Professor at AIT. Results revealed that fine particles (PM2.5) and their secondary inorganic aerosol component was uniformly distributed across all sites, indicating a more systemic problem.

The major sources of these high PM pollution levels are vehicles and biomass burning.
In Bangkok itself, diesel vehicles contribute over 50 percent of the measured PM2.5 during the dry months, suggesting that the bulk of the particulate matter during the months from December to February arises out of vehicular pollution.

In the suburbs, the findings are different. “Unlike in Bangkok, where it is vehicles that mostly contribute to PM2.5 , in the suburbs, the two main causative agents are both biomass burning and vehicular pollution,” she says. With almost half of Thailand’s cultivable land covered with rice crops, the burning of paddy stubble and rice straw is an issue no one should ignore. The monitoring site in the suburbs, for instance, revealed that biomass burning and vehicular emissions contribute about 35 percent each to particulate pollution. “For suburban areas, I would identify rice straw and the open burning of solid waste among the major causes of pollution,” says Prof. Kim Oanh.

But a significant and often least understood factor is related to meteorology.

During the winter, from time to time, a ridge from the high-pressure system dominating over China extends to central Thailand.

Accompanied by relatively strong winds, the ridge brings in cooler air and carries some pollutants along with it. After a few days, the ridge stabilizes, creating stagnant air conditions, with limited vertical motion and calm winds. “This induces a phenomenon called ‘radiative inversion,’ which is witnessed at night time when temperatures rise with height in the lower layers of the atmosphere,” says Prof. Kim Oanh. These conditions cause pollutants, once emitted, to remain close to the source locations and build up to high levels. This implies that the particulate matter, for example after it is released from vehicle exhausts, does not rise high enough or is not transported horizontally for long enough periods to become diluted. With no rain, the dry season worsens the problem because pollutants remain suspended in the air for extended periods. Add to this vehicular and open-burning pollutants, and the situation is exacerbated.

The combination of dry weather, traffic emissions, biomass burning, and meteorological factors such as stable high-pressure ridges create the toxic environment noticeable in the winter months.

While her previous studies, which she began in 2001, focused on monitoring PM2.5 level and composition in six Asian cities (Bangkok, Hanoi, Manilla, Chennai, Beijing, and Bandung), Prof Kim now concentrates on emission inventory and modeling in order to characterize seasonal variation in particulate matter and identify the contribution made by each source type. Her research group works on predicting the episode-prone meteorological patterns that could help issue warning signals of high PM pollution in advance so as necessary actions could be taken to alleviate the problem. However, it is safe to say that over three-quarters of the particulate matter in the Bangkok Metropolitan Region, especially in Bangkok itself, arises from within the city, she concludes. 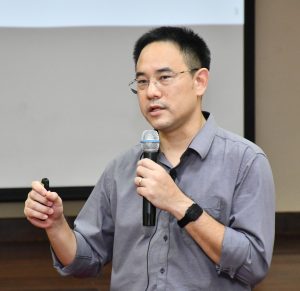 Delivering a special talk on "PM2.5 Episode in Bangkok: Situation Outlook, and How to Protect Yourself," on 7 February 2019, Dr. Ekbordin Winijkul of AIT offered a three-point prescription for tackling the situation: