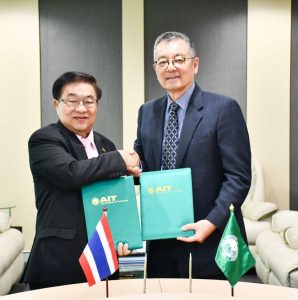 INDEX International will offer three scholarships to Master’s students to pursue their education at the Asian Institute of Technology (AIT). A formal Memorandum of Agreement (MoA) was signed by Dr. Chainarong Na Lamphun, President and CEO of Index International Group Co., and Dr. Eden Y. Woon, President of AIT on 19 March 2019.

Dr. Chainarong expressed his delight that two students had already benefited from the scholarship, adding that he is always happy to return to AIT. An alumnus of Water Resources Engineering (Master’s, 1980), Dr. Chainarong stated that AIT provided him with “opportunities, knowledge, and a network.” His three children also studied at AIT. While his eldest son, Dr. Phannachet Na Lamphun, completed his Ph.D. in Information and Communication Technologies in 2012, his daughter Dr. Pornlapas Na Lamphun gained her Ph.D. from the School of Management in 2012, and his youngest son Mr. Rathawit Na Lamphun (MBA, 2015) is currently pursuing his Ph.D. Mr. Rathawit also joined the MoA signing ceremony. He also offered support for the sixtieth-anniversary celebrations of AIT, adding that his company is celebrating its thirty-sixth anniversary later this year.

President Woon thanked Dr. Chainarong, stating that one of his goals is to increase industry’s involvement with AIT. He mentioned that AIT will be establishing an entrepreneurship center that will offer co-working spaces, promote incubation, facilitate industry internships, provide mentorship, and encourage venture capitalists. 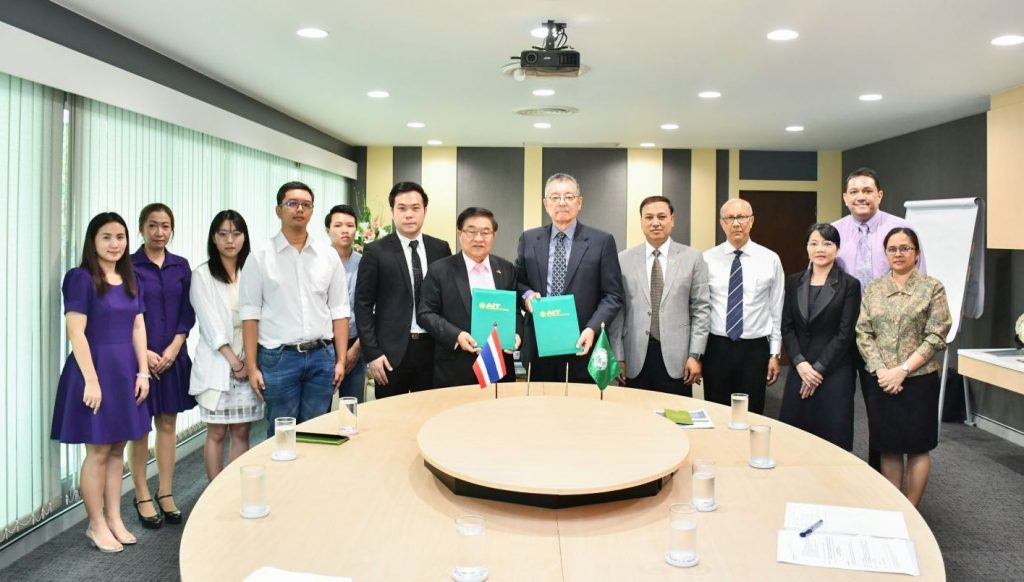