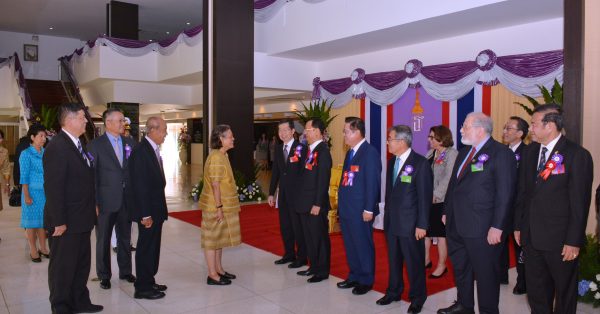 From the small batch of students who began studying engineering in a quaint corner of Bangkok in 1959, over the past six decades, the Asian Institute of Technology (AIT) has emerged as a premier international institution, focusing on engineering, environment, and management. Honoring AIT's success story on the occasion of its 60th anniversary was Her Royal Highness Princess Maha Chakri Sirindhorn, who graciously presided over the celebrations on 24 October 2019.

Given the critical role Colorado State University (CSU) played in the formation of the SEATO Graduate School of Engineering, AIT’s precursor, befittingly, CSU President Prof. Joyce McConnell delivered the keynote addressing on “the fruits of the education we offer must be put to work addressing challenges, solving problems, fueling economic development, and improving the quality of people’s lives in our communities, our nations, and our world”.

President Woon said:“Every organization must move forward, and no organization will succeed in a sustainable manner by standing still and basking in past glory.” He stated that Innovation, Internationalization, Enterprise, Entrepreneurship, Stakeholders, and Support (I2E2S2) are the Strategic Focus as we “Transform AIT.” “We are injecting more innovation into our research and teaching, we are re-establishing our global footprint to broaden our relationships, we are engaging more broadly and deeply with the private sector, we are nurturing future entrepreneurs, we are working with lesser-developed communities, we are re-instilling the spirit of caring in our services, and last but not least, we are reaching out to our alumni more broadly and deeply,” President Woon added.

The day was also made memorable when 16 Presidents and Vice-Chancellors from universities spread all over the world assembled for the Presidents Forum. The three-and-a-half-hour session was opened by President Woon, who outlined his vision of “Social Impact with Innovation”. Setting the agenda, President Woon posited three propositions for the esteemed panel to deliberate, namely “How your university collaborates globally with academia, governments, multinationals, and non-profit organisations in social impact research”,“How your university has injected innovation into your research in social impact areas,” and “How your university maintains a sustainable campus both in teaching and in campus operations?” Representatives from 14 universities across Asia and Europe also participated in the Presidents Forum.

While far-reaching deliberations among these top academicians formed one part of this event, the three-day celebrations included the Governing Board Meeting of the AIT Alumni Association, which was held on 23 October. Today, the AIT alumni strength stands at 24,341. Following this gathering, a Thai-style gala dinner was held at the Rama Gardens Hotel and was graced by senior members of AIT's administration, faculty, staff, alumni, students, and guests from academia, government, the private sector, partners, and the diplomatic corps.

As select guests arrived at AIT to join in the celebrations, a number of side activities were also organized, including partnership agreements with Brunel University, London; Kathmandu University, Nepal; and Tallinn University of Technology, Estonia; along with fundraising activities involving 19 individuals, organizations, and entities.

The three-day celebrations ended with AIT Alumni Open House on 25 October. Welcomed by current faculty, staff and students, alumni of all ages came back to their once home away from home to visit their classrooms, laboratories, and dormitories. Two special lectures by AIT distinguished alumni were delivered that morning. The first lecture titled “Belt and Road Opportunities for Development” was delivered by Prof. Biliang Hu – the founder and Dean for Emerging Markets Institute (EMI) and Belt and Road Research Institute (BRRI) at Beijing Normal University. It was followed by a lecture titled ‘AIT History’ presented by AIT’s former President, Prof. Worsak Kanok-Nukulchai. A smart classroom opening ceremony was organized at AIT Solutions. 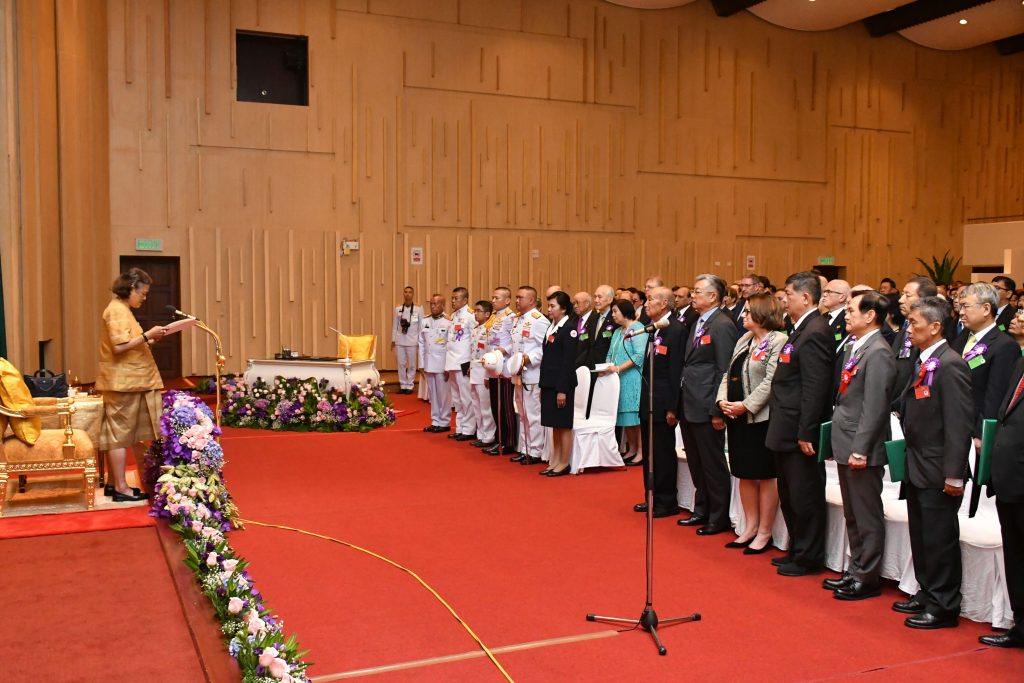 Her Royal Highness Princess Maha Chakri Sirindhorn delivers her address at the 60th Anniversary Celebrations of the Asian Institute of Technology (AIT) on 24 October 2019.