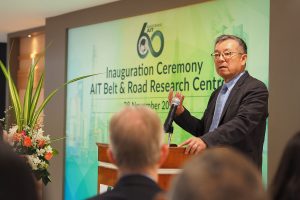 Aimed at incorporating regional research resources and promoting diversified cooperation under the framework of the Belt & Road Initiative, a Belt & Road Research Centre was inaugurated at the Asian Institute of Technology (AIT). Inaugurating the Centre on 28 November 2019 were AIT President Dr. Eden Woon; Prof. Biliang Hu, AIT alumnus and Director, Belt and Road School, Beijing Normal University (BNU); Mr. Wang Shi, renowned Chinese entrepreneur and founder of Vanke; and Dr. Wenchao Xue of AIT, who has been appointed as the first Director of the Centre.

President Woon highlighted the importance of the AIT Belt & Road Research Centre, stating that Thailand lies at the center of the Belt & Road region. Moreover, Thailand enjoys excellent relations with China, and the majority of AIT students come from Belt & Road countries. The Centre will undertake research with the potential to benefit the entire region and engage with Chinese enterprises, businesses, foundations, and universities. “It will be a one-stop-shop for tapping into AIT’s network,” President Woon said. He also offered an inclusive definition of the Belt & Road concept, adding that AIT will act as a hub for the initiative. While several exchange scholarships for students from Belt & and Road countries have already been initiated, more are in the pipeline, Dr. Woon remarked. 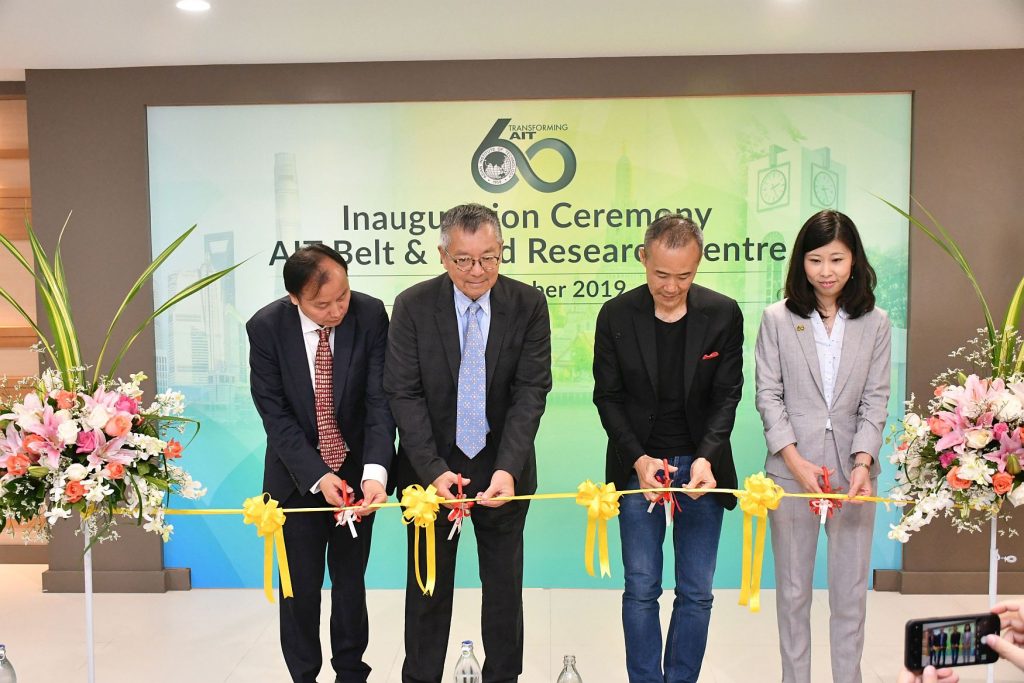 The guest of honor for the occasion was entrepreneur Mr. Wang Shi, who stressed that the Centre will not be restricted to AIT academics but it will also link AIT with the leading global technology hub —Shenzhen, China. Mr. Wang Shi reminded everyone that while Shenzhenwas founded 40 years ago, AIT is 60 years old.

“Today, we open a new page in history, and the significance of this event is tremendous,” Prof. Biliang Hu said. “After 20 years, you will look back to this day and realize the significance of this initiative,” he remarked. The Centre will promote integration among Asian countries and act as a new platform for regional and Chinese businesses. It will also build a bridge that will strengthen relations between China and other Asian countries. Complimenting President Eden Woon for his vision, Prof. Hu stated that the initiative will help “Make AIT Great Again.”