President Woon presents donation of PPE and N95 Masks to Thammasat Hospital, made possible by Deep Rock Company of Shenzhen 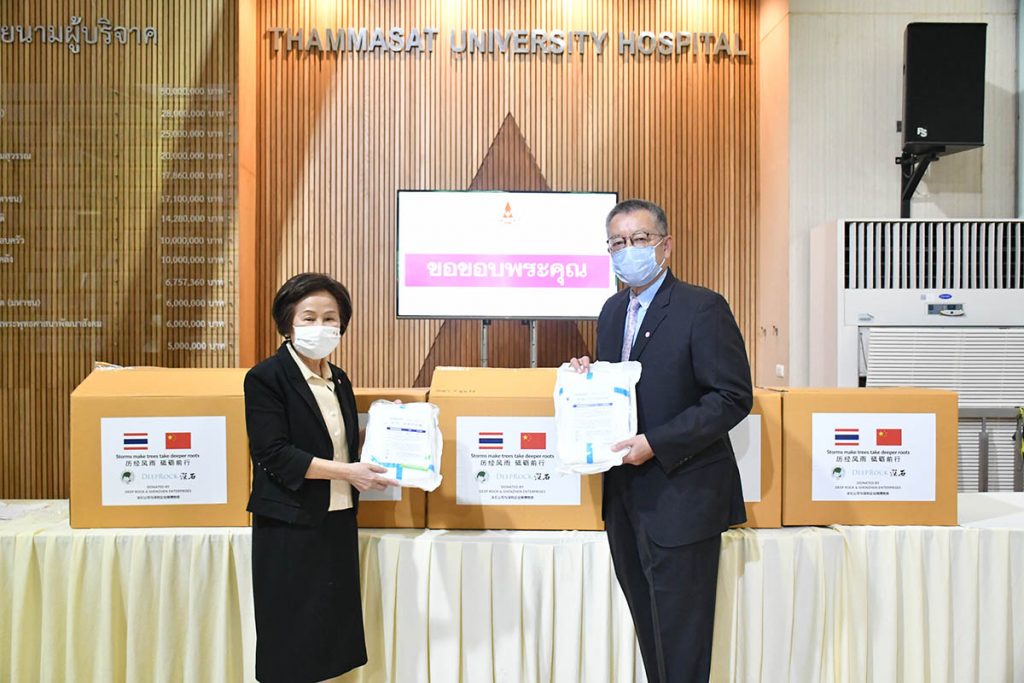 The Rector of Thammasat University, Assoc. Professor Gasinee Witoonchart, received the medical supplies on behalf of the hospital at a handover ceremony that was also attended by the deputy director of the hospital and other senior officials.

Expressing thanks to the AIT President and Deep Rock, the rector and deputy director commented on the critical need by Thammasat Hospital for such medical equipment. They were particularly pleased with the high quality of the medical supplies and each noted that N95 masks were becoming hard to source.  They said that the donation was very timely and useful for the physicians, nurses and staff of the hospital.

President Woon told Rector Gasinee that he was very impressed by her active leadership to keep the Thammasat University campus safe, despite the tremendous disruptions and uncertainties involved during the coronavirus pandemic. The president added that he was moved to facilitate the donation from China by the instrumental role played by Thammasat University Hospital at the national level in caring for COVID-19 patients since the onset of the global crisis.

Expressing his solidarity with the rector and her faculty, staff and students over the ongoing situation in Thailand, President Woon said he was appreciative of the longstanding partnership that AIT has maintained with AIT neighbor Thammasat University.

“AIT is truly thankful for having Thammasat University as our valuable neighbor and trusted friend. Our ties are deep, and I am pleased that this legacy of cooperation remains strong today,” President Woon said.