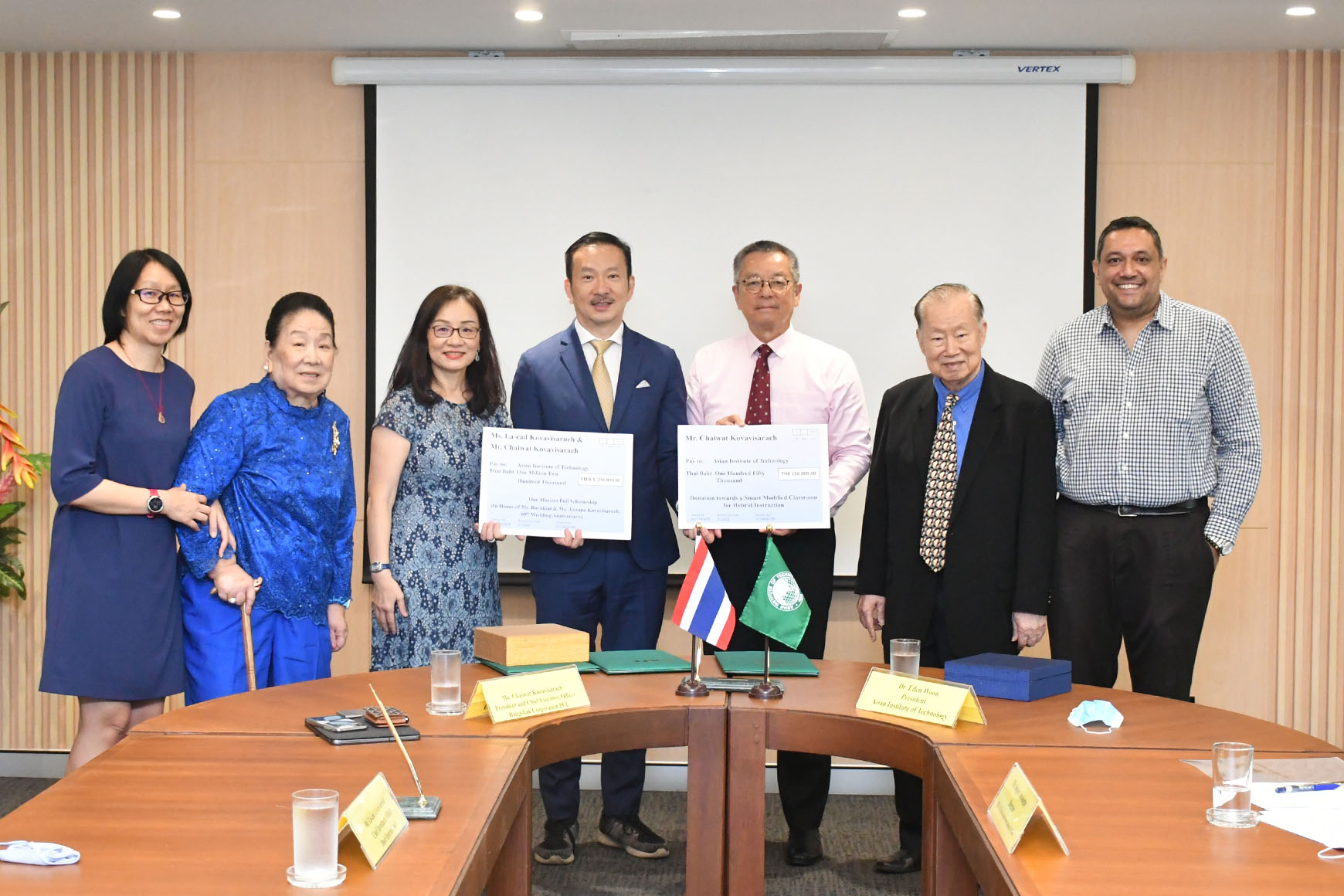 On 9th July 2020, at AIT campus, both agreements were signed by Ms. La-ead Kovavisaruch, Mr. Chaiwat Kovavisarach, and Dr. Eden Y. Woon, AIT President. The first agreement is a scholarship for a Thai student to be enrolled in the Master’s degree program in the field of Industrial and Manufacturing Engineering (IME), School of Engineering & Technology for August 2020 intake. The second agreement is towards sole naming of one Smart Modified Classroom for Hybrid Instruction through the generous support by Mr. Chaiwat Kovavisarach.

Ms. La-ead Kovavisaruch is the Chief Investment Officer at Dusit International, Thailand, and Mr. Chaiwat Kovavisarach is the President and Chief Executive Officer at Bangchak Corporation Public Company Limited. He is the Chairman of the Executive Committee of Asian Institute of Technology, as well as a member of AIT’s Board of Trustees.

President Woon stated that scholarships are a very important component for AIT in attracting academically qualified students to study their postgraduate degrees at AIT. He further stated that for this Fall semester 2020 and beyond, AIT will use the Hybrid Mode of Instruction to provide effective delivery of instruction and interaction, irrespective of student location. In addition, they will be used continuously in the future as we incorporate more innovation into our teaching. Therefore, President Woon is grateful to Ms. La-ead & Mr. Chaiwat for their respective donations.

Ms. La-ead & Mr. Chaiwat both mentioned that they valued the scholarships that they received to study at AIT, which enabled them in enhancing their respective careers.Thus, they had the calling to give back to their Alma Mater.