It is with heavy hearts that we announce the passing away of former AIT President Professor Alastair Macarthur North. He passed away peacefully at his home in Bangkok, Thailand on 4 July 2020. He was 88 years old. 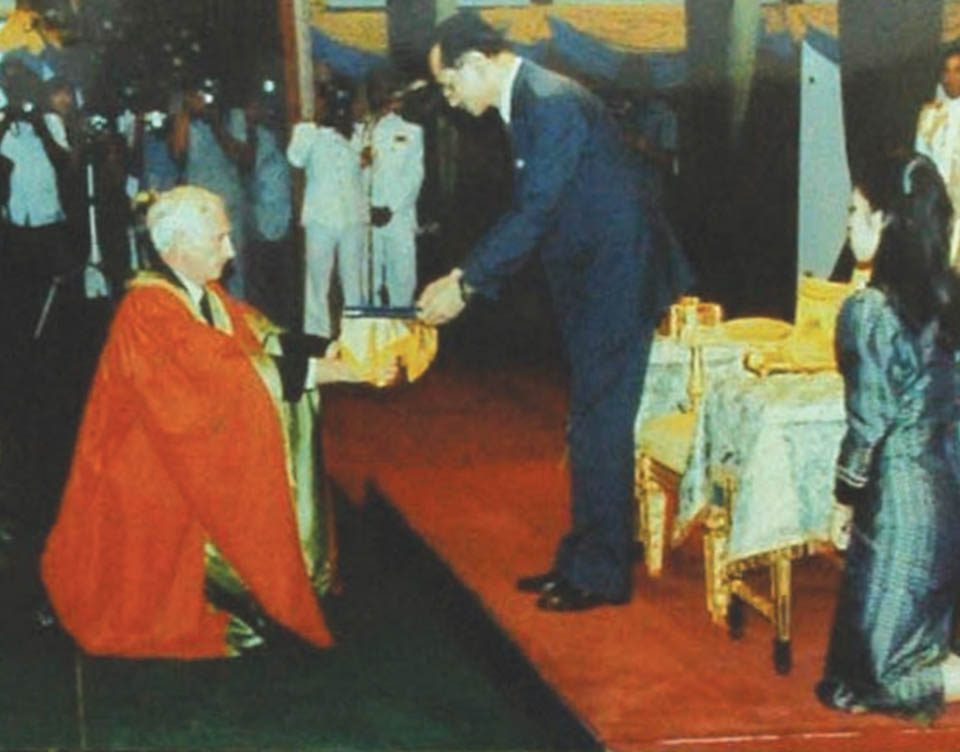 In 1987, AIT presented (President Alastair M. North, pictured) its first Gold Medal to His Majesty King Bhumibol Adulyadej of Thailand in recognition of His Majesty’s Outstanding Leadership in Rural Development. 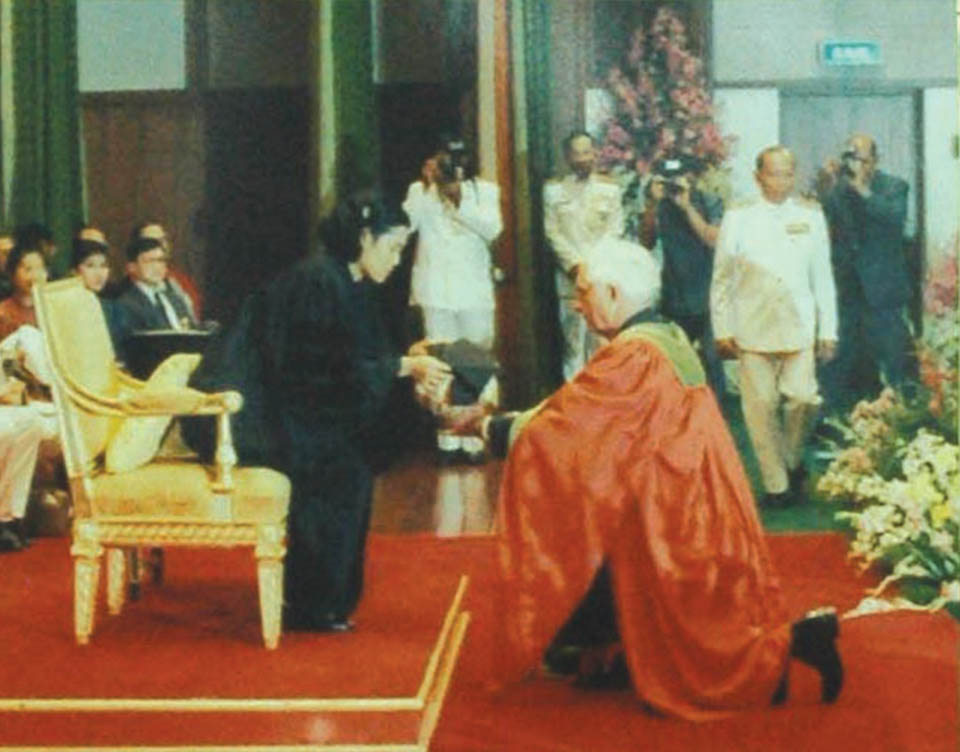 At its 56th Graduation in 1989, AIT conferred the Honorary Degree of Doctor of Technology to Her Royal Highness Princess Maha Chakri Sirindhorn. 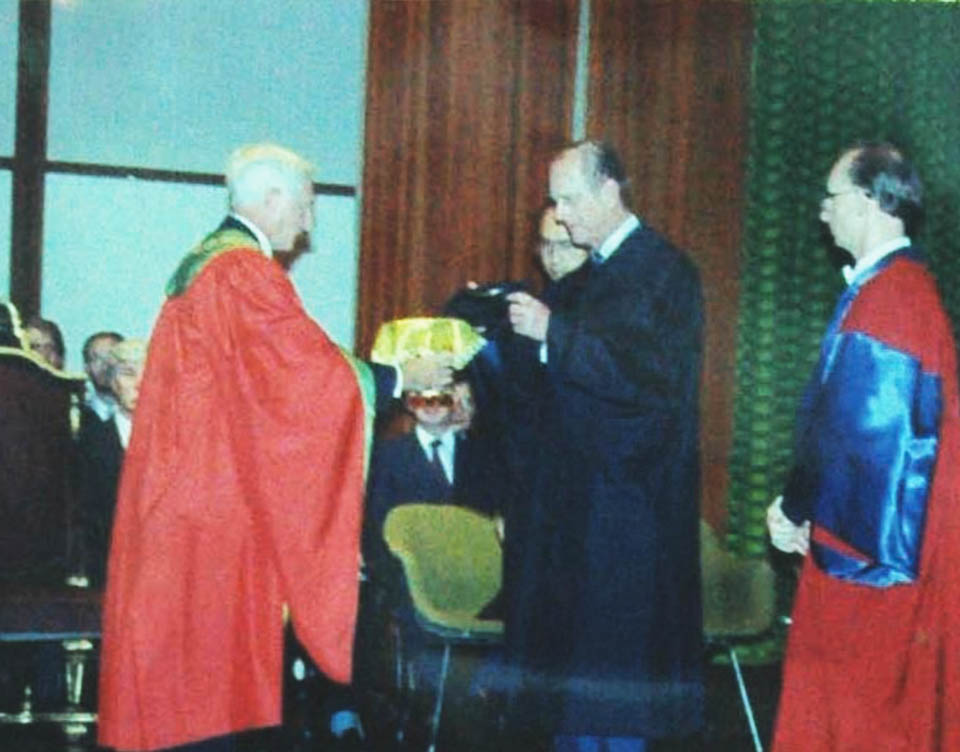 The AIT Honorary Degree of Doctor of Technology was conferred to the United Kingdom’s Prince Philip, Duke of Edinburgh in 1991.

Born in Aberdeen, Scotland, Prof. North was the fourth and longest-serving president in the history of AIT. He served as president from 1983 until his retirement in 1996. Prof. North’s last formal engagement at AIT was as a panelist speaker at the H.E. Dr. Thanat Khoman Lecture Series held at the AIT Robert B. Banks Auditorium on 20 February 2018. Prof. North also delivered the Graduation Address (afternoon session), at the 127th Graduation Ceremony of the Asian Institute of Technology on 19 May 2017. 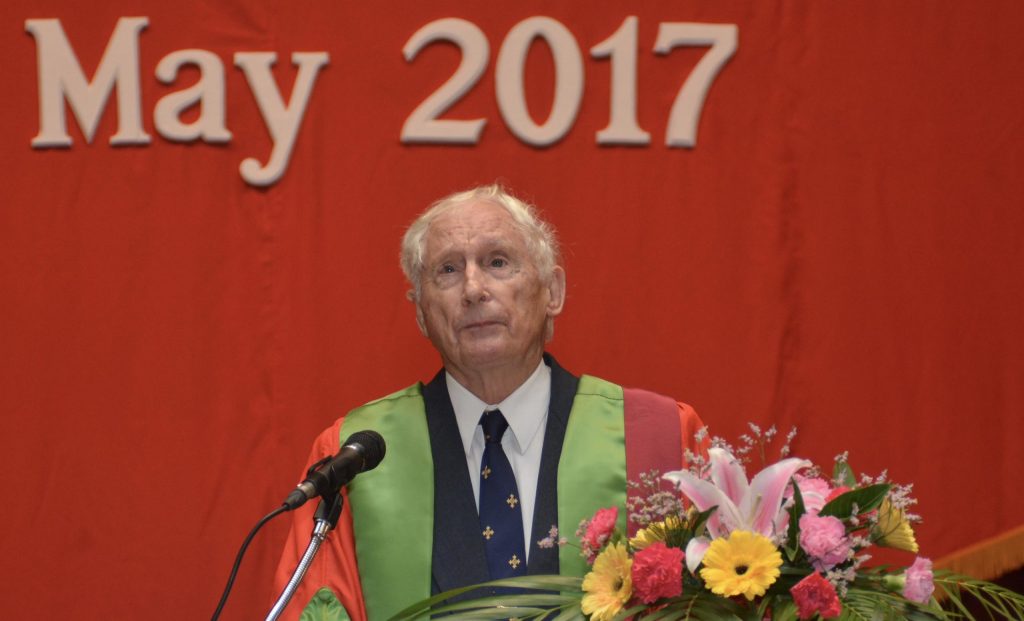 Upon hearing the sad news about Prof. North, President Woon said: “We at AIT are saddened by the news of the passing of Professor Alastair North. He was at the helm of AIT for 13 years at a time of AIT’s glory, and we thank him for his dedication and efforts and devotion to AIT. I know that those who came across him at that time, whether students or faculty or staff, remember him well as a leader, a scholar, and a gentleman, and appreciate his contributions to AIT. We offer our sincerest condolences to his family members.” 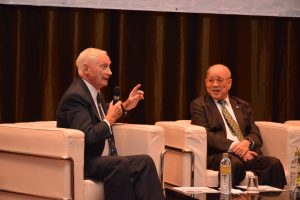 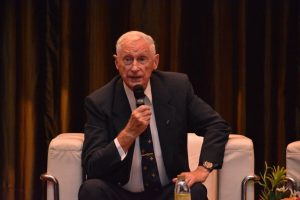 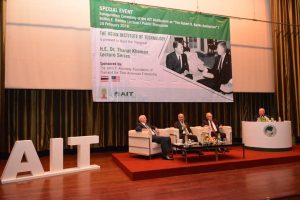 Prof. Alastair M. North was an honored panelist at the Milton E. Bender Lecture on 20 February 2018 as part of the H.E. Dr. Thanat Khoman Lecture Series sponsored by the John F. Kennedy Foundation of Thailand.