After five years of development and multiple student theses aimed at improving the ecological health of the on campus West Lake, the AIT Student Union, supported by partner Thai Pipe Industry Co., this month launched a unique Freshwater Mangrove Museum on the lake’s edges. 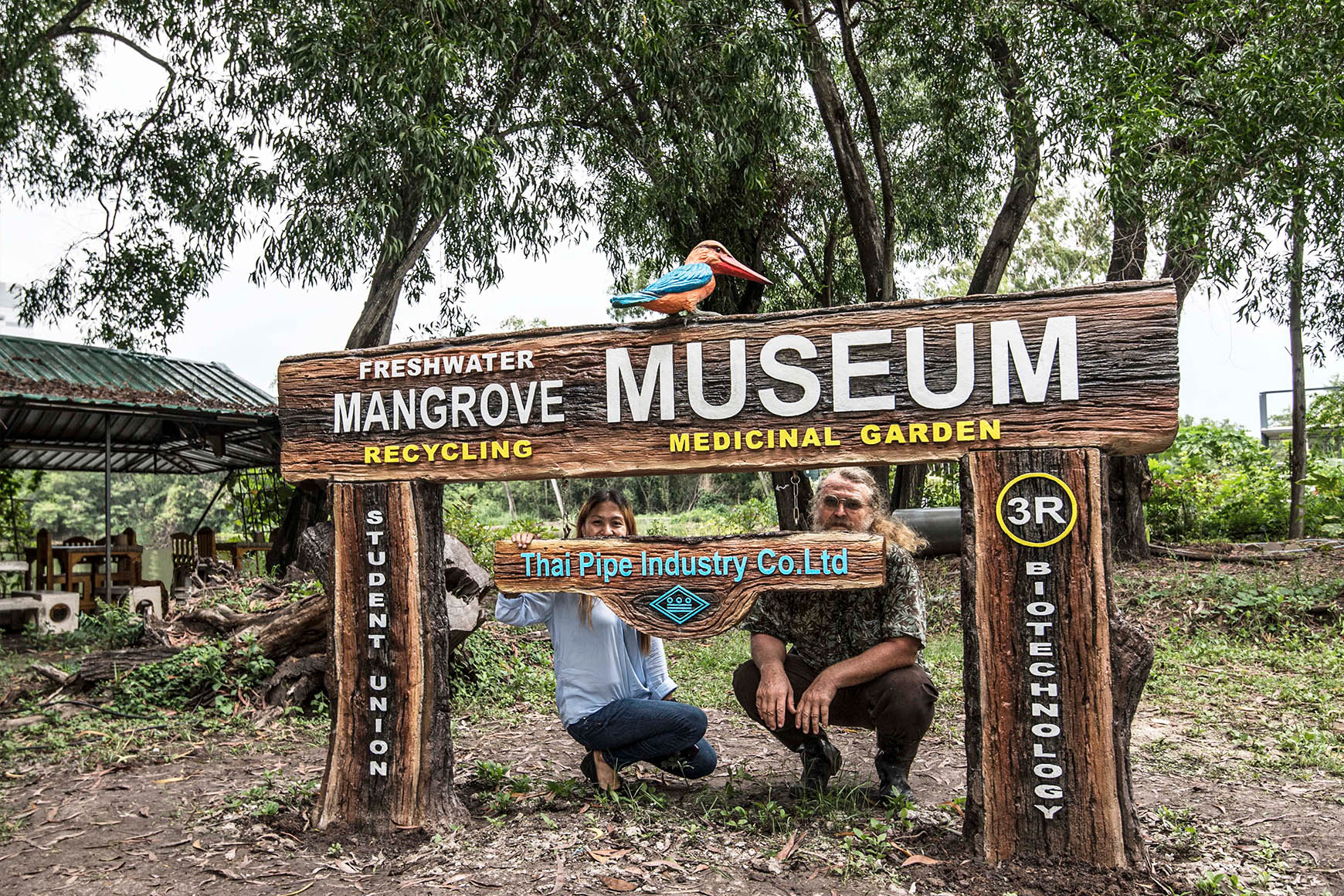 The real breakthrough for the newest campus landmark, however, sprang from the academic work of PhD candidate Ms. Arlene Gonzales guided by her supervisor Dr. Oleg Shipin, a faculty member of the Environmental Engineering and Management program. The pair have developed an innovative 3R Biotechnology based on freshwater mangrove trees.

Mangroves are well-known marine coast trees considered by most scientists as salt-dependent.  However, little is known to science about the capacity of these unusual plants to grow successfully in freshwater. Inspired by the unique properties of mangroves, AIT has been a global frontrunner for creating a novel natural ecosystem on campus to show the multiple ecological benefits that freshwater mangroves can offer cities. 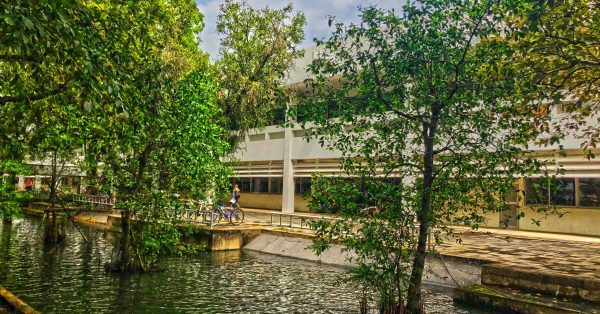 AIT's oldest mangroves in the canal adjoining the School of Environment, Resources and Development.

According to Dr. Shipin, no other botanical garden in the world boasts such a diversity of freshwater mangrove trees and associates, with 30-plus species found at AIT. The 3R Biotechnology, essentially a Water Tree Biotechnology, makes West Lake healthier, he says, and is a showcase for today’s tropical urban world inhabited by at least 1 billion people. He says early attempts to develop the 3R Biotechnology started in 2013, when the first mangroves were planted on campus at the Library pond and at a canal adjoining the School of Environment, Resources and Development building. Resorting to ecological engineering solved some major pollution issues at that time, he says, and today’s benefits are ample. “3R Biotechnology purifies West Lake’s water, recycles its waste nutrients, stores carbon to fight climate change, produces urban food, increases biodiversity, and even beautifies the idyllic campus,” Dr. Shipin said.

He added that an unusual but important feature has become apparent. Mangroves, as highly stressed trees, are known to produce antiviral substances and exude them into the air and water. This purifies the environment and may offer protection to urban dwellers, he says. The Medicinal Garden within the Museum produces medicines and agricultural plants which are not just food -- but also boost human immunity against viral infections, Dr. Shipin stressed.