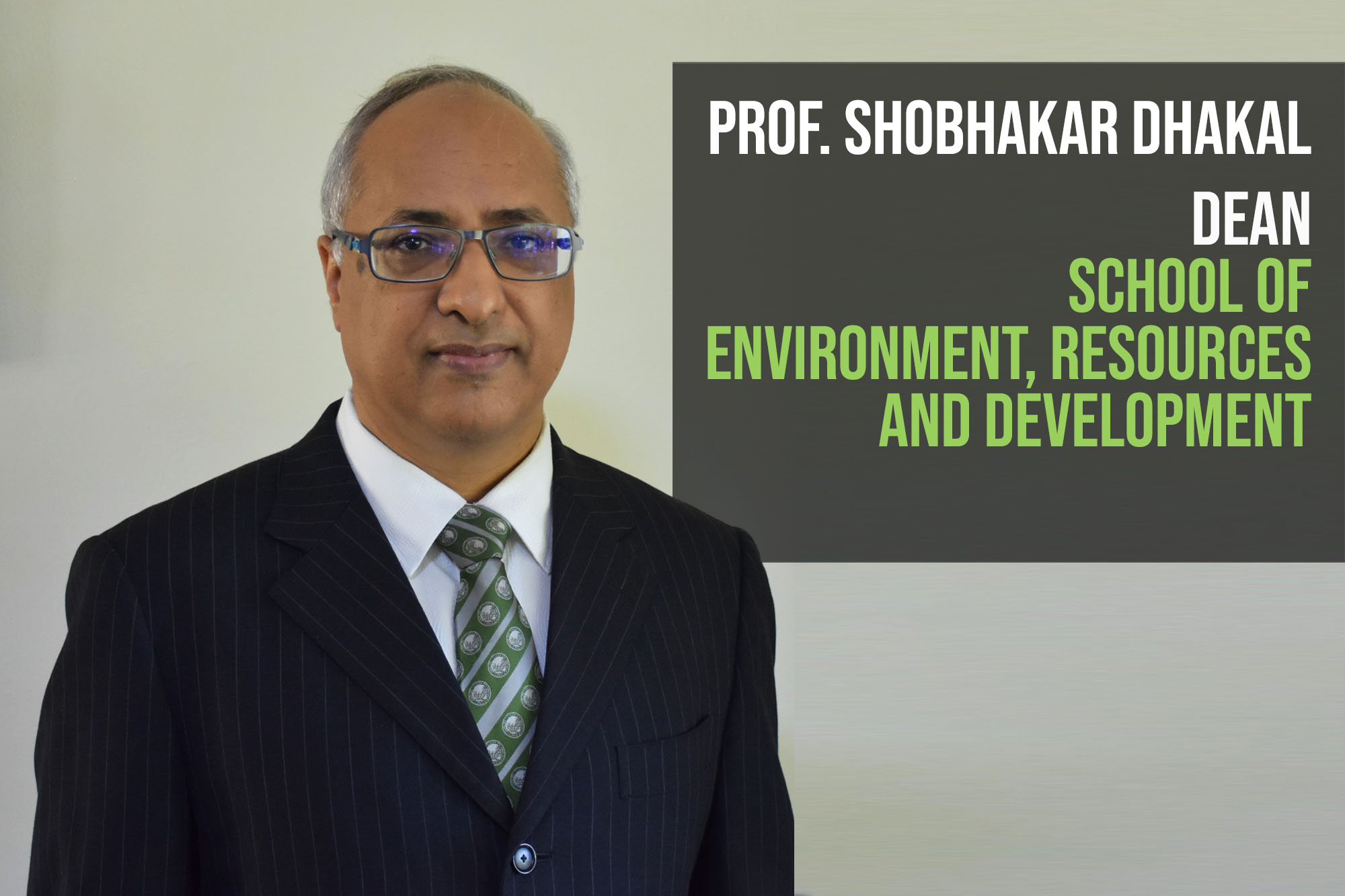 Prof. Shobhakar Dhakal, Dean of the School of Environment, Resources and Development.

AIT President Dr. Eden Woon has announced the appointment of Prof. Shobhakar Dhakal as the new Dean of the AIT School of Environment, Resources and Development (SERD) starting from 1 July 2020 to 30 June 2022.

As the Dean, he will lead the School and all its activities and is accountable to the President for the delivery of all education, research, consultancy and outreach activities of the School, as well as marketing and promotional activities, and for the internal management of the School.

In an email to AIT faculty, staff and students, President Woon wished Prof. Dhakal every success in this new role and invited the AIT Community to give its support and cooperation to the new dean.

President Woon also took the opportunity to express his appreciation to Prof. Rajendra Shrestha for his dedicated service to the School of Environment, Resources and Development in his capacity as the School Dean for more than four years. He has also been a valuable member of the AIT Governing Team and the President thanked him for his representation of SERD and his contribution on policy matters which are instrumental to transforming AIT.