AIT Solutions has just celebrated its 10th Anniversary of operations. Its journey started in 2010 when AIT senior management decided to create a specialized center that would serve as an interface linking academia and industry. It was launched originally under the name ‘AIT Consulting’, as it initially focused more on consulting projects. But it later pivoted into more of an integrated solutions developer-provider, hence it evolved and rebranded during the decade to become ‘AIT Solutions.’

The center started operations under its former Executive Director Dr. Naveed Anwar (2010-2019), who is currently AIT’s Vice President for Knowledge Transfer. Dr. Anwar led a team of structural engineers and IT experts in its formative days, and later expanded its focus into different areas such as environment, development, and management. Today, under the leadership of Director Mr. Thaung Htut Aung, civil and structural engineering solutions as well as IT solutions are the signature services AIT Solutions provides to its partners and clients.

To mark its tenth year, AIT Solutions has published a special commemorative issue of its Technology Magazine – which focuses on the knowledge and expertise that the Asian Institute of Technology applies to help industry make a positive impact on society. “Applied knowledge of various thematic areas, such as artificial intelligence, structural engineering, open innovation in software, and environmental engineering are presented in this issue,” Mr. Aung said. “I am grateful to AIT faculty members, colleagues and partners who shared their experiences and knowledge, and to the editorial and design teams of this special issue of Technology Magazine.” 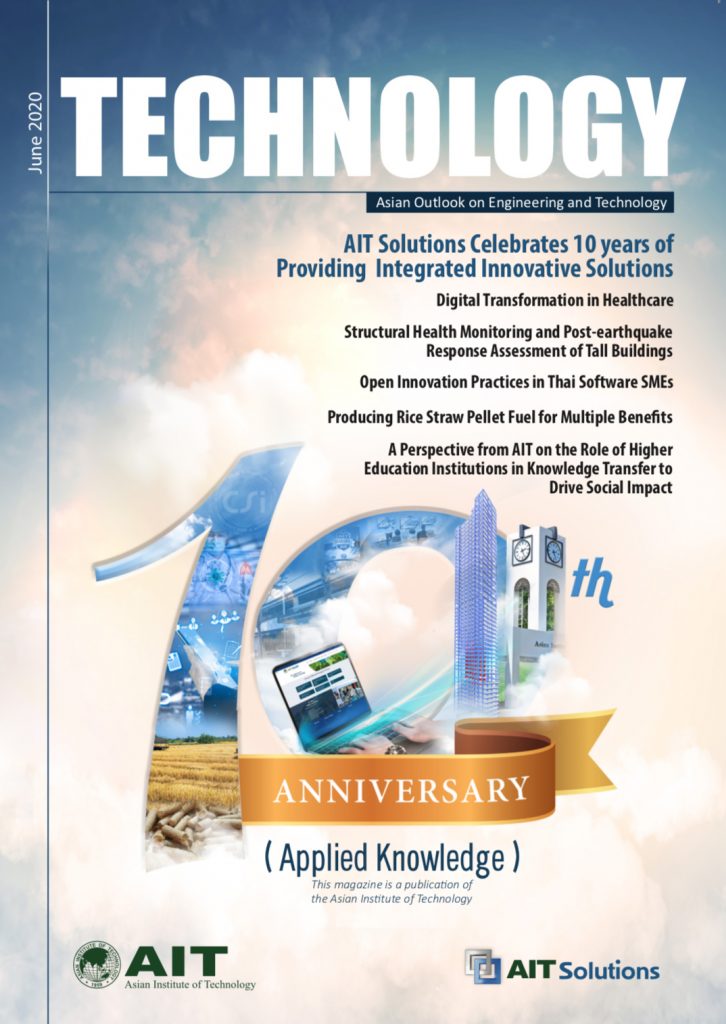