On 17 September, 2020, President Dr. Eden Y. Woon and TEAM Consulting Engineering and Management PCL (TEAM Group) Chief Executive Officer Dr. Apichat Sramoon signed a Memorandum of Understanding (MoU) to harness the synergy between AIT and TEAM and to strengthen the collaboration in academics, research, and development, consultancy and entrepreneurship. 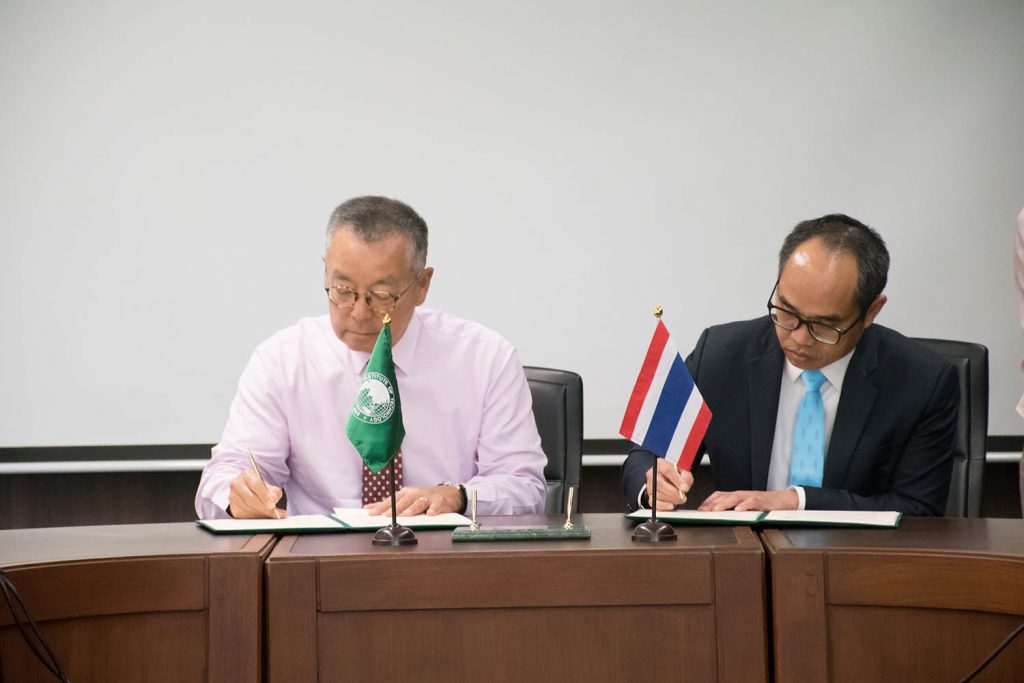 President Woon remarked that he is delighted to sign the MoU between TEAM and AIT which encompasses significant domains that AIT can work with TEAM—leading to greater expansion of collaboration between the two organisations. He thanked both Chairman and CEO of TEAM Group for the generosity, support, and longtime association with AIT.

TEAM Group Chairman of Executive Committee, Mr. Chawalit Chantararat asserted that the company was founded in 1978 by a group of AIT alumni and fellow engineers, led by AIT alumnus, M. Eng’71 & D. Eng’73 and 2010 Hall of Fame inductee, Dr. Prasert Patramai. At present, 62 of TEAM Group’s employees are AIT alumni, of which 38 are in senior technical and managerial levels. Today’s signing of the MoU is a reaffirmation of the formal relationship between AIT and TEAM which has spanned more than a decade.

As stated by TEAM Group CEO Dr. Apichat, TEAM Group shares the same vision with AIT particularly in sustainable developments in Asia. AIT’s multidisciplinary academic and research excellence would complement well with the breadth and depth of expertise at TEAM Group, which is recognized internationally. 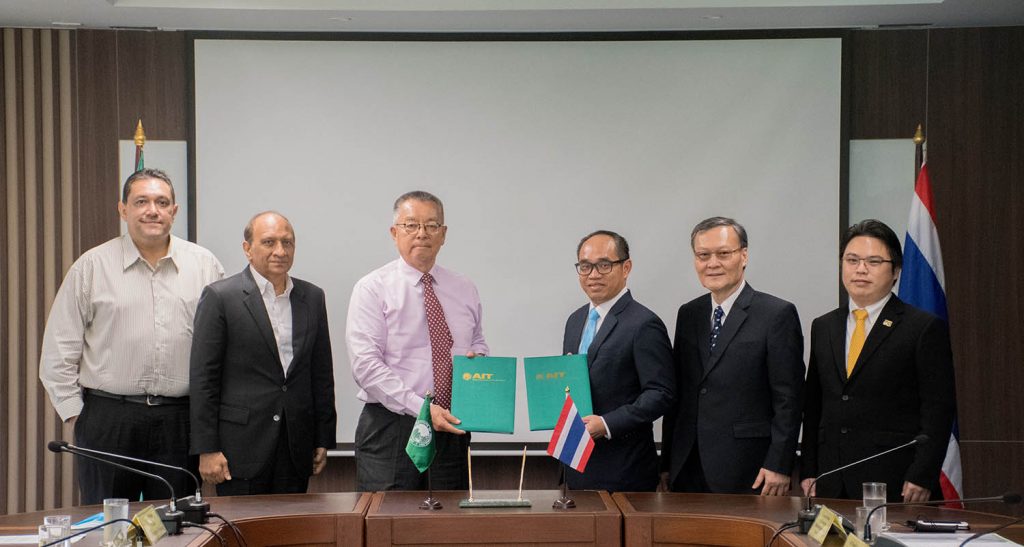