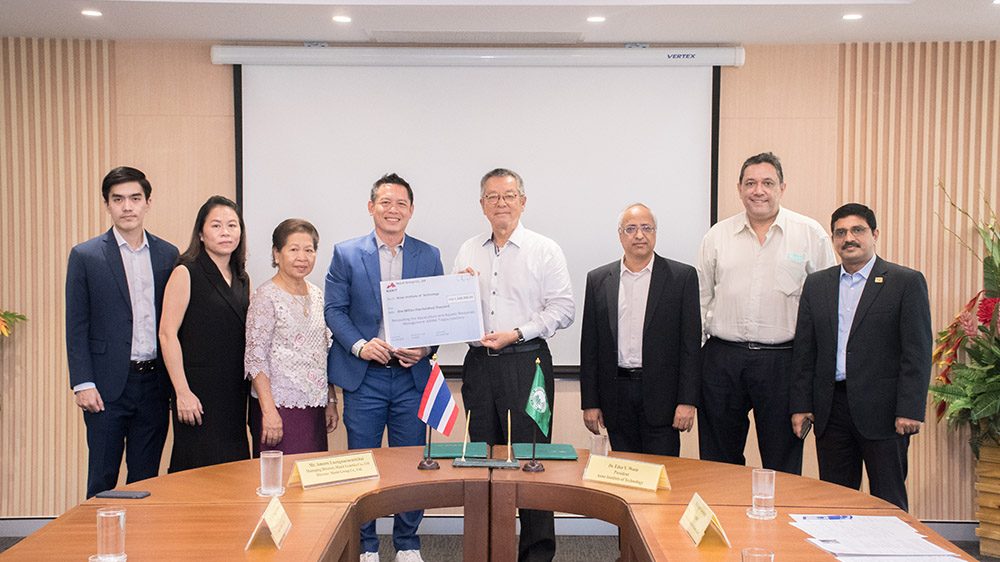 At the signing ceremony on 25 November 2020, Mr. Amorn says he was attracted to make the donation by his memories of learning how to produce Tilapia seed in 1996 and of studying in the Aquaculture programme in 2000 at AIT. He took modern technology and know-how from AIT to transform Manit Farm into a modern aquaculture. AIT also equipped him with English skills and global perspective that enabled him to build an international business connection. Therefore, he would like to give back and help AIT to thrive as a leading Tilapia Hatchery Training Centre not only in the Southeast Asian region but in the world.

AIT President Dr. Eden Woon expressed his sincere thanks to Mr. Amorn and his family for their support to AIT, as well as mentioned that Mr. Amorn’s donation will contribute towards the AIT’s strategic plan, particularly in the areas of stakeholders, enterprises and support, in order to achieve the motto “Social Impact with Innovation”. Alumni are one of the most important stakeholders and contributors of AIT. We deeply appreciate it.