Between kitchen and the road, knitting kit and computer, or gardening and environmental engineering – which word of the pairs conjures up an image of women’s role in your mind? Joining AIT Gender and Development Studies program’s #ChooseToChallenge campaign on International Women’s Day, March 8, 2021, we hear from three AIT women engineers of how their chosen field of endeavor is challenging the society’s typical gender role.

“15 years ago, not many Thai women studied engineering, and very few were in civil engineering. I think it was because of the perception -- most people, at the time, thought engineering was for men. Women who want to be successful in this field must work harder and really show that they’re capable of making contributions,” said Assoc. Prof. Dr. Kunnawee Kanitpong, Director of the Thailand Accident Research Center (TARC) at AIT. 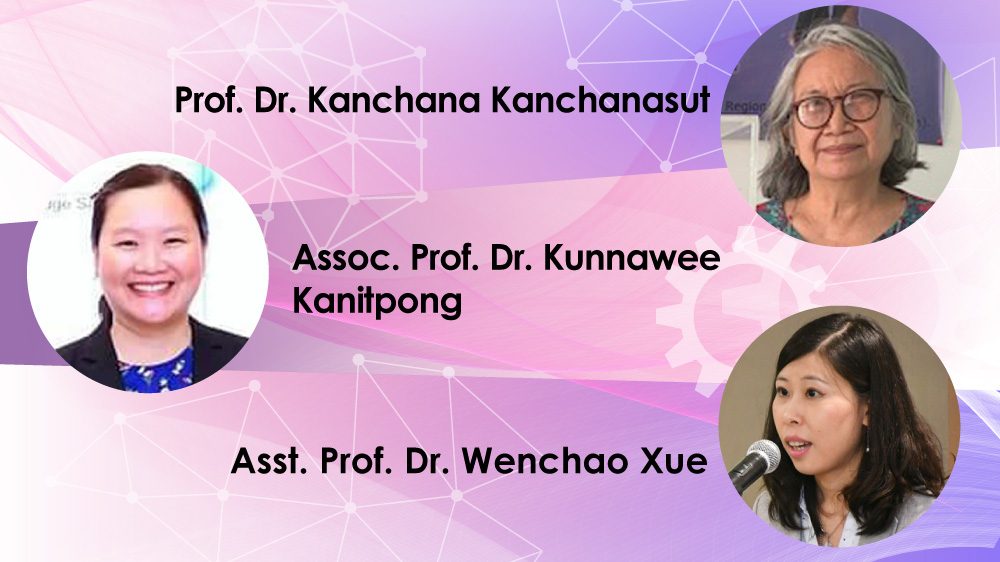 The Mother of Internet of Thailand, Prof. Dr. Kanchana Kanchanasut, a Professor of Computer Science at AIT, however, felt only minimal discrimination against women in her field. In the 1980’s, the difficulties she was facing had to do with how to send email to her friends in the countries where internet was already ubiquitous. “I wanted to stay in my country and still be part the computer science community in the first world, to do that, Thailand had to have an internet. So, at the beginning, the internet was created as a tool for TEXT communication, but later, it has become an important instrument for education, offering more features such as video and audio,” Prof. Kanchana explained. As a computer engineer who invented an email system in Thailand in 1986, Prof. Kanchana is recognized by the global Internet Hall of Fame. She also co-created an internet streaming system which is now being used widely to offer education during the COVID lockdown. Her inventions thus have profound impact on the society.

Inspiring students to create social impact with innovation in engineering is Asst. Prof. Dr. Wenchao Xue, an Assistant Professor in Environment Engineering Management program, School of Environment Resources and Development at AIT. “I chose to work in higher education because of my supervisor, who was a role model to me, and the potential impact this position may have on students. I see how working as a faculty member can contribute to higher education by guiding young students to find their value in life. Maybe not in a big way, but if you can create some positive impact or offer some directions for their future, I think this is valuable work for me.”

Statistics show that women account for only 28% of engineering graduates, according to UNESCO research. But the number of women enrolled at AIT is growing every year. Asst. Prof. Wenchao added that, “Now in the 21st century, people are talking more about multidisciplinary science. We need both science and arts to generate something new.” She believes that the strengths of women lie in their attention to details and meticulous strategic planning skills, the traits of which can offer women an advantage in their career in engineering. In any case, Assoc. Prof. Kunnawee said, “Abilities and talents are most important, regardless of your gender. If you are patient and determined to succeed, everyone will acknowledge you. The most important thing that you will have to keep in mind is not your gender but what you love to do and how to succeed in what you do.”

Gender is not an issue in the field of engineering, once it is recognized how it is an issue of inequality. AIT is part of the efforts that #ChooseToChallenge the gender role.