Chosen for the first time in 12-year history of the Hult Prize, Bangkok is the host city for this year’s Impact Summit where students around the region compete for the most impactful business ideas – and the co-host is none other than the Asian Institute of Technology. 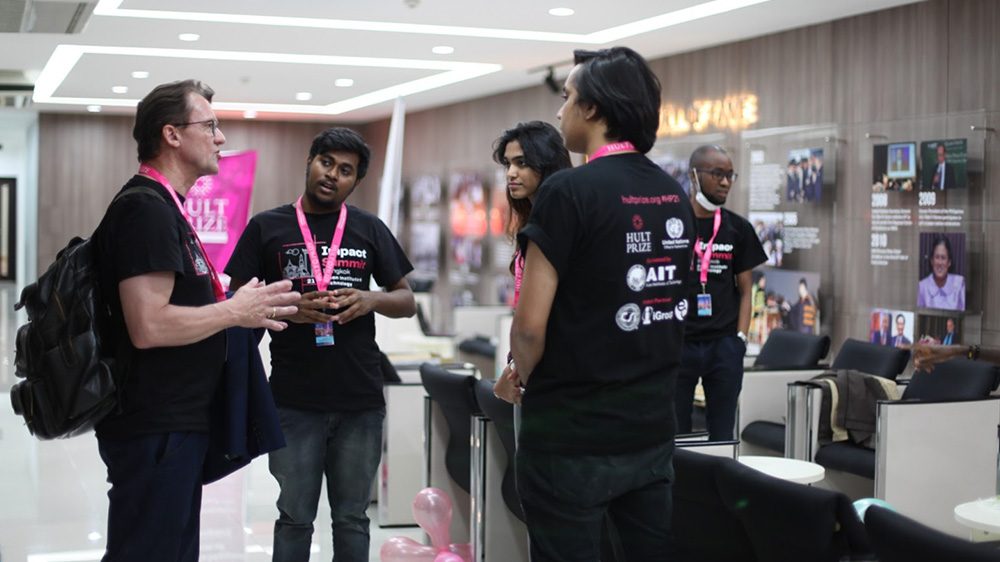 The Hult Prize is best known for providing a start-up funding of US$1 million to a team of students with the best business idea that benefits both humanity and the world, while also generating a profit. Every year since 2010, in partnership with the United Nations, a challenge statement is given to young people around the world to come up with solutions to address the Sustainable Development Goals (SDGs).

Globally, students take part in the impact economy in two ways, either by competing or organizing the Hult Prize programs. The ‘On-Campus Program’ is a hyper-local curated program where students from the same university pitch impact business ideas to an expert panel, and winners then proceed to the ‘Impact Summit’. Impact Summit is a fun and impactful gathering where inspiring ‘changemakers’ compete with each other at regional level for a chance to move on to the ‘Accelerator Program’ – a four-week program to accelerate ideas into a reality with the help of world-class mentors and investors from diverse fields. This finally leads the top 6 teams pitching their ideas at the United Nations Headquarters in New York for the grand prize of 1 Million US dollars after the annual UN assembly.

With more than 3,000 universities from over 121 countries participating in the Hult Prize, there are more than 25,000 student volunteers around the world who facilitate trainings, and recruit experts such as judges and mentors. For two years in a row, students at AIT have successfully organized the Hult Prize ‘On-Campus Program’ with world-class panels of judges, mentors, and subject matter experts – inspiring students to become changemakers for a better world. 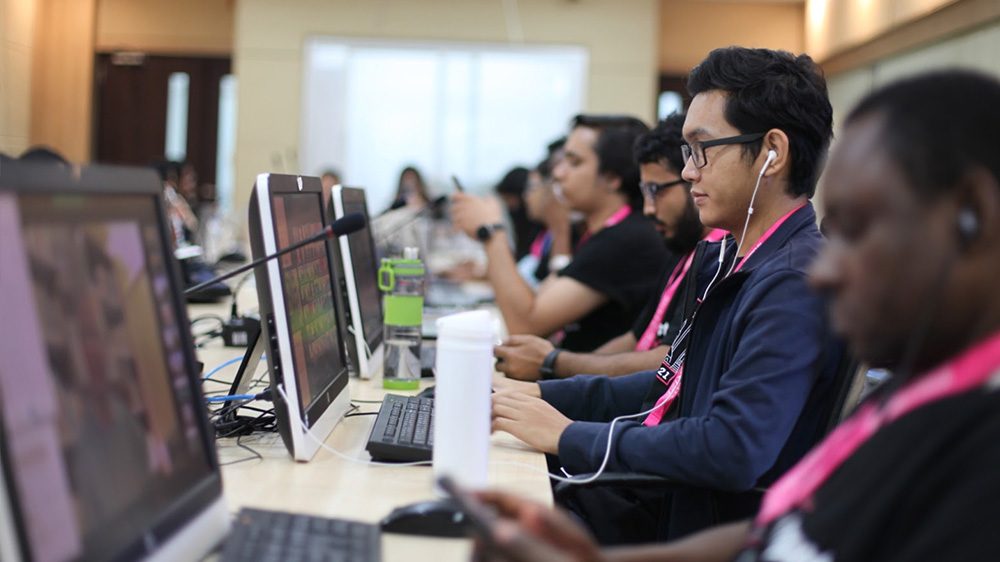 AIT’s student organizing team, Alphapreneurs, the first incubee from AIT Entrepreneurship Center, took the lead in organizing the first Impact Summit Bangkok on April 2 – 3, 2021 by providing student staffing, training, and coordinating for various tasks. The Alphapreneurs, consisted of the first campus director Sai Aditya and lead organizers Lareesha and Aujaswi, spoke passionately of how they became part of the Hult Prize movement because they wanted to see young people being empowered through unique opportunities to create sustainable businesses to impact and change the world.

“The startups that the students will be creating through this summit co-hosted by AIT will contribute towards the sustainable development goals of no poverty and zero hunger, and to other sectors as well. Let's change the world in the way we want to see it!,” said the campus director Sai Aditya.

The 2021 Hult Prize Challenge theme is ‘Food for Good’ addressing food systems – the way food is paid for, tracked, made, preserved, imported, exported, and consumed as a whole. Students participating in the competition will have to come up with ideas to build food enterprises that ‘Create Jobs, Stimulate Economies, Reimagine Supply Chains, and Improve Outcomes – for 10,000,000 people by 2030’. 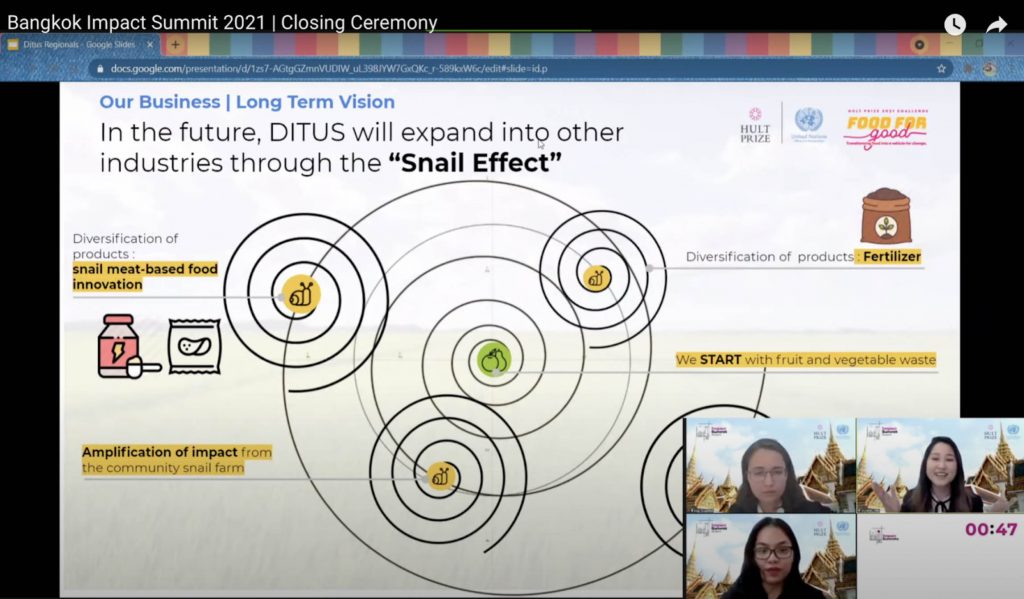 “Ditus is a social enterprise that empowers Thai people living in poverty, to farm the giant African snails in community farms for income by selling snail mucus, and for food by eating snail meat. And we plan to feed the snails with food and vegetable waste,” said team Ditus.

The team predicts that snail beauty products will grow by US$12 billion in 2029, and by 2030, the impact will reach 1200 communities in four countries with estimated sales revenue of US$ 740 million. And that is just one winner from over 45 Impact Summits – Hult Prize Regionals competition this year. There are many more viable business ideas to transform our food systems for good.

To encourage entrepreneurial spirit of a generation that will change the world, Dr. Eden Woon, President of AIT, said, “All of you are change makers, all of you are aspiring to be setting up companies which will be creating jobs for the human race and all of you are trying to do something better for the world. Asian Institute of Technology is just very happy to be one small part on your journey.”

In a message sent to AIT President, the Hult Prize Foundation thanked AIT for co-hosting one of the Hult Prize's 2021 Impacts Summits and also mentioned that they want to continue the collaboration to inspire, educate, and train youth from our community, country, and the world. 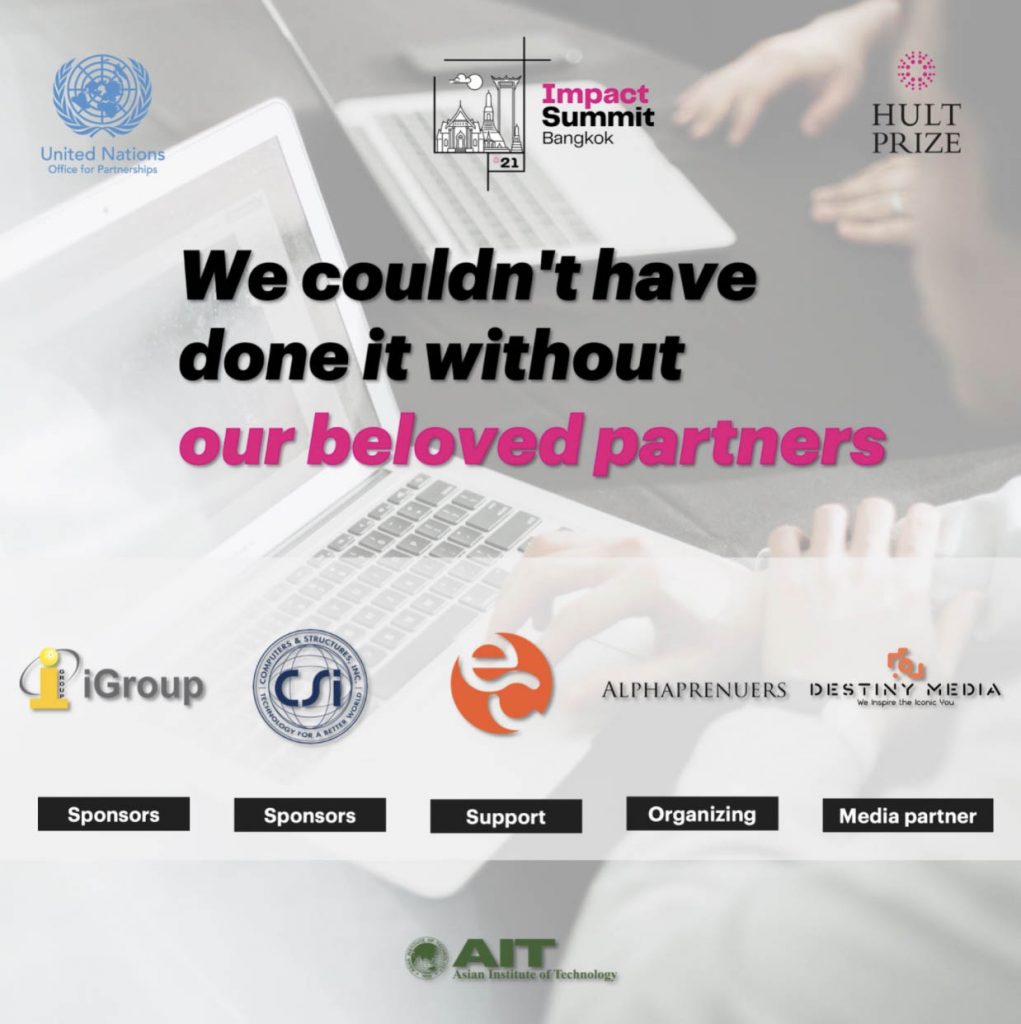