AIT Bangabandhu Chair Professor Joyashree Roy has been named as the recipient of 2021 Paradigm Award by the Breakthrough Institute, a global think tank based in California, USA, in recognition of her work on rebound in emerging economies which has influenced thinking and research – not only around the role of energy efficiency, but also the nature of economic growth and energy transitions as emergent phenomena. 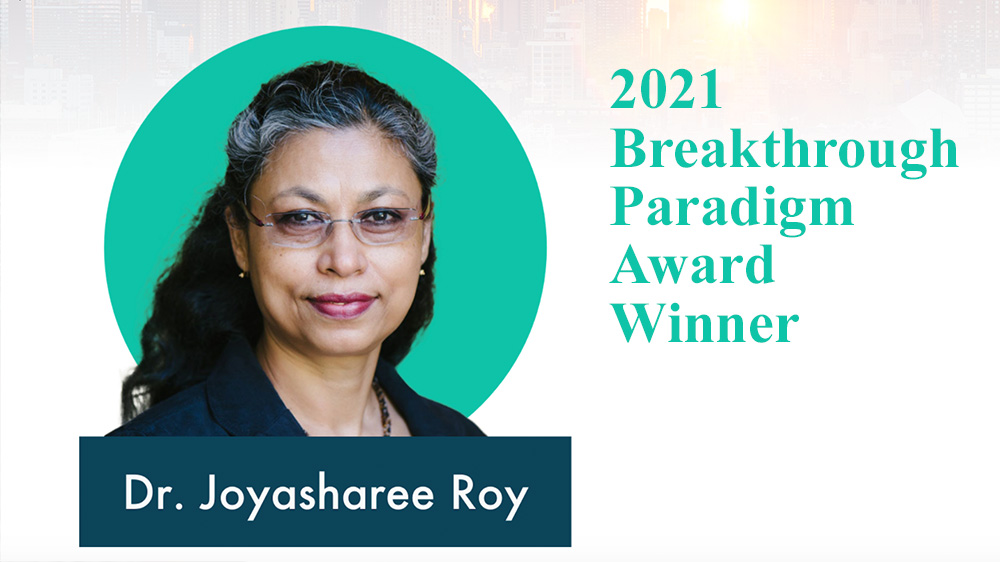 The Paradigm Award recognizes accomplishment and leadership in the effort to make the future secure, free, prosperous, and fulfilling for all the world’s inhabitants on an ecologically vibrant planet.

The Breakthrough Institute is a global research center that identifies and promotes technological solutions to environmental and human development challenges. It was founded in 2007 by Ted Nordhaus – Time Magazine’s “Hero of the Environment” and Michael Shellenberger to focus on clean energy, conservation, and global food systems that are good for both people and nature.

"What I value the most is the recognition for my line of thinking and philosophical position reflected in my research outputs where I try to bring out voices of Global South onto global platform supported by my analytical rigor, sometimes it challenges the mainstream monolithic and monoculture thinking," said the recent winner of 2021 Paradigm Award, Prof. Roy, in her response to the announcement.

Ted Nordhaus added in the announcement made to Prof. Roy that, “Across all your work, a commitment to equity, to contextualizing discussions about technology and climate change with essential concerns about how they relate to critical global development considerations has lit the way forward, literally and figuratively, for us and so many others.”

Challenging mainstream narrative that pushes agenda for economic development of the Global South, Prof. Roy argues in her work which has caught the attention of the Breakthrough Institute that as innovation makes energy using technologies more efficient and use less energy per unit of output produced, now people in developing countries with energy poverty can use less energy to faster satisfy their high energy demand for dignified living compared to many developed countries of the past century.

“My line of argument has always been that the developing countries are working hard to reinvent modern technologies appropriate to their societies – to make the developmental progress more efficient. They are progressing faster and much cleaner than the world thinks,” added Prof. Roy.

Joining the Department of Energy, Environment and Climate, School of Environment, Resources and Development in 2018, Professor Roy is the inaugural Bangabandhu Chair professor at the Asian Institute of Technology – a professorship endowed by the Government of Peoples’ Republic of Bangladesh to work on energy sector development of Bangladesh with a focus on “ensuring access to affordable, reliable, sustainable and modern energy,” a key Sustainable Development Goal (SDG). The Chair is named after Bangladesh’s Father of the Nation Bangabandhu Sheikh Mujibur Rahman, who remained deeply committed towards political, economic, and social emancipation and freedom of oppressed people and led Bangladesh to its independence in 1971.

As the first Asian to receive the Paradigm Award, Prof. Roy attributes her win to the region, proudly claiming that she’s the product of Asia, “I remember when I was being interviewed for the Bangabandhu Chair, I was asked why I wanted to come here, I said I wanted to spend my life working in the region because I know this region better and I think this region needs to be understood better and be told to the world what it can or cannot do as this region will be the happening place in this century,” said the Bangabandhu chair professor whose work has been based on wider and deeper empirical data from the ground of developing countries.

“As an environmental economist, I try to bring in the environmental angle to traditional economic theory and poverty issues. As the developing countries are progressing, the developmental and environmental priorities need to be addressed together,” said Prof. Roy as she shared how growing up in a small state capital town Shillong, situated at the foot of Himalayas, in the far northeast of India, has made her fall in love with nature with the practical realization of services of nature in day to day human wellbeing and influenced her work to this day.

Every year, the Breakthrough Institute organize ‘Breakthrough Dialogue’ to present the Paradigm Award and provide a global platform for conversation between scholars, technologists, business leaders, philanthropists, and policy makers. This year, the event will be held on August 4 – 6 in Sausalito, California, under the theme of “Ecomodern Justice” – where Prof. Joyashree Roy will deliver a keynote address and accept her award in person/virtually. 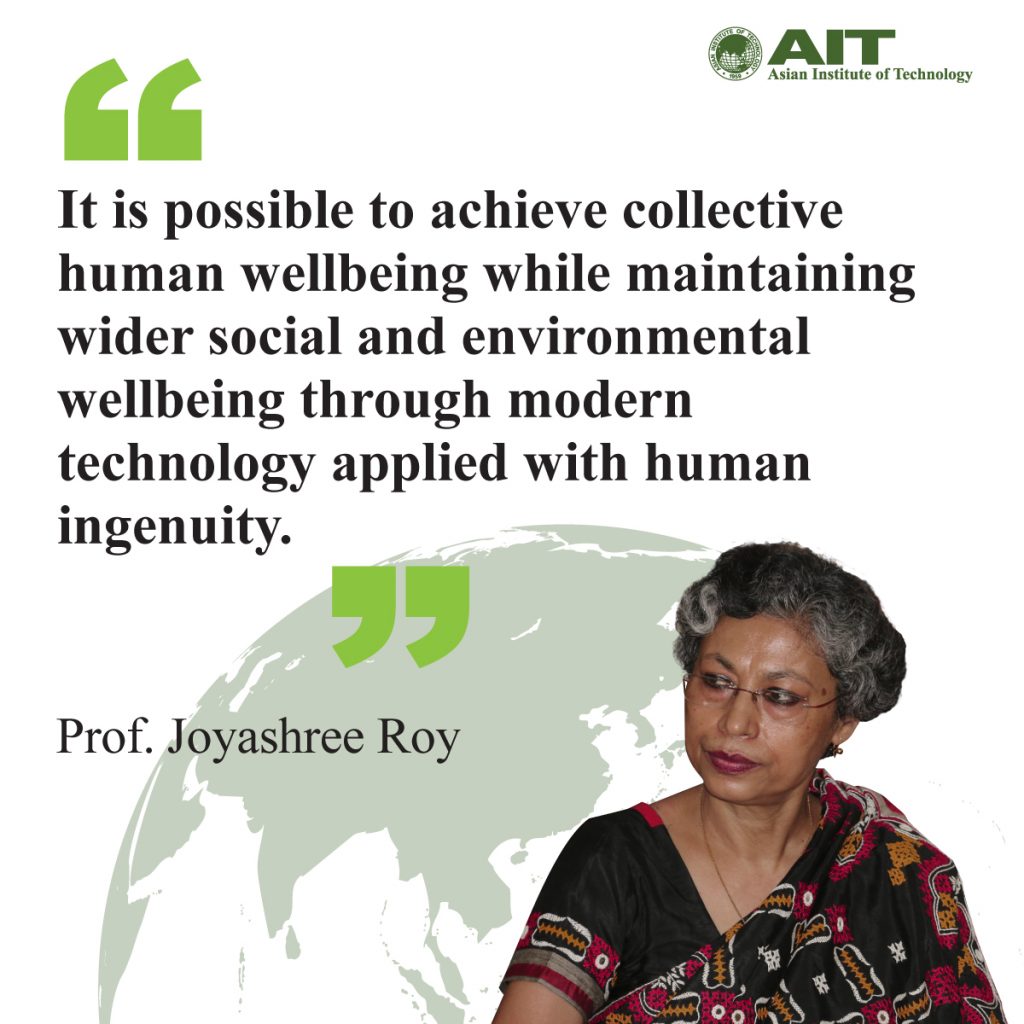