The first webinar hosted by Belt and Road Research Center of Asian Institute of Technology offered different perspectives of how to understand the Belt and Road Initiative and how the region stands to mutually benefit from it.

On June 29, 2021, the AIT Belt and Road Research Center(BRRC) hosted its first public webinar titled “Belt & Road Initiative as a Regional Economic Engine: Opportunities and Challenges” as the start of its webinar series. 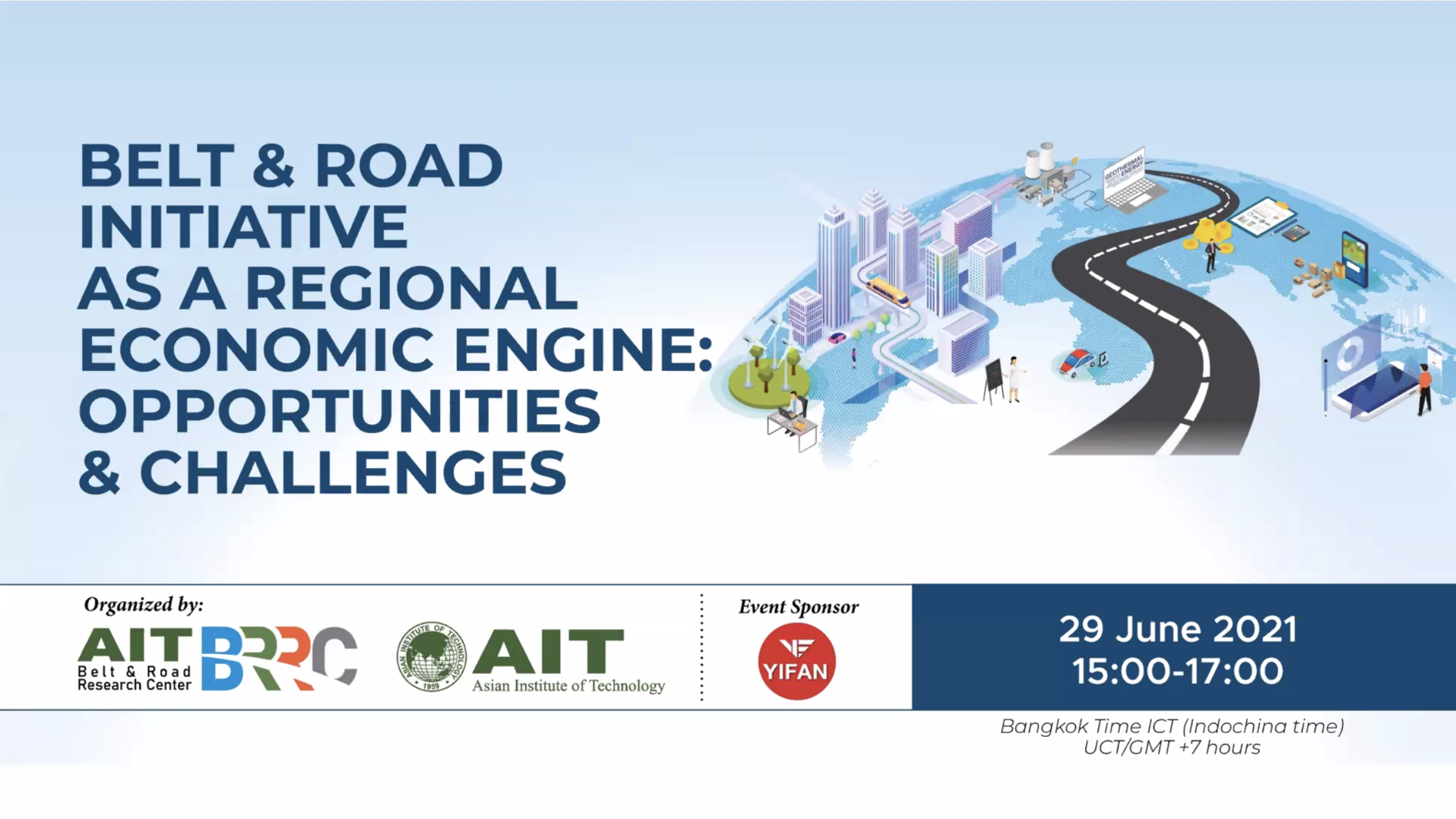 “The AIT Belt and Road Research Center was conceived with the recognition that an overwhelming majority of our students come from the Belt and Road geographic region which spans from the pacific ocean to the western edge of Asia, so naturally, many of them are keenly interested in research topics which affect their home countries,” said AIT President Eden Woon in his welcome remarks.

Originally known as One Belt One Road, the Belt and Road Initiative (BRI) was officially announced in 2013 as a transcontinental long-term policy of the People’s Republic of China by President Xi Jinping. Since then, as the initiative has been implemented at unprecedented speed across the global, the BRI has become about more than a cross-continent transport infrastructure development as previously conceived. The regional BRI experts, joining the inaugural webinar, offered their perspectives on BRI.

H.E. Otorbaev recalled how the experiment of running the first train carrying goods from Chongqing, China, to Duisburg, Germany, on March 19, 2011, was first thought of as a joke as trade via sea and airways was deemed more modern. But by 2020, the traffic on this route broke a record with 12,400 freight train trips made, up 50% from the previous year. As it turns out, trains can move five times quicker than cargo ships, and four times cheaper than cargo flights.

At its rollout in 2013, Prof. Simon saw five core features of BRI consisting of cultural exchange, financial integration, trade and investment, connectivity facilitation and policy coordination. As it has evolved, however, Prof. Simon has seen more of what he has termed as “Science & Technology Diplomacy” and “Education Diplomacy” as the sixth core feature of BRI. Both Science & Technology (S&T) and Education have been used to promote relations among BRI countries, to help advance S&T development, and to facilitate better and more relevant kinds of student exchanges, faculty exchanges and training programs.

On this topic, Prof. Biliang Hu shared his view, “China has made a lot of effort to realize this initiative; for example, by the end of the year 2020, there were more than 900 billion USDollars in loans, provided by Chinese financial institutions to support BRI and related projects.” He further concluded that, “the basic logic of BRI is to build back partnerships between countries, continents, and civilizations.”

Opportunities for the region

Prof. Hu presented a quick overview of BRI projects in the ASEAN region since the announcement in 2013. From Pan-Asian Railway Network project, Deep-sea Port project, Airport project, Economic Zone project, to Energy project in ASEAN countries – all aiming at increasing connectivity, shared prosperity, and well-being.  Overall, Prof. Hu pointed to the increase of China’s Outward Foreign Direct Investment (OFDI) which dramatically jumped from US$7.27 billion in 2013 to $14.60 billion in 2015. In trade, ASEAN countries have taken over the US and European countries to become China’s biggest trade partner with exports growing from US $244.04 billion in 2013 to $388.72 billion in 2020 –  an average annual growth rate of 7%. 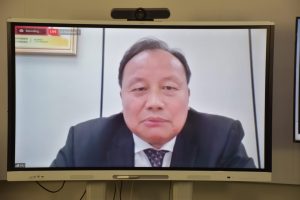 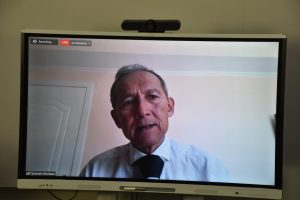 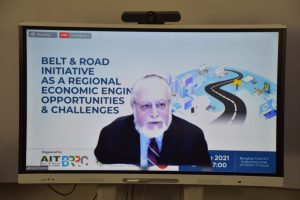 Moreover, seeing S&T as the core feature of BRI since the COVID-19 pandemic forced the world to embrace digital transformation, Prof. Simon said China’s Ministry of Science and Technology (MoST) has played a leading role in drafting and implementing S&T policies under BRI, which is seen as a shift away from Europe and America to China. The technology transfers between China and BRI countries notably range from agriculture, energy, transportation, information and communication, resource, environment, ocean, advanced manufacturing, medical health to disaster prevention.

From growing connectivity by land, by sea, by air and by telecommunications which facilitates trade and investment for shared wealth and well-being, the BRI also offers opportunities for knowledge through science and technology transfer.

There are no opportunities without challenges.  H.E. Otorbaev saw environmental impact from habitat loss and social risk, which include resettlements and influx of workers, associated to transport projects as challenges from the BRI. He remains confident, however, by seeing how BRI has evolved, that these challenges are being dealt with by the adoption of international best practices and Strategic Environmental Assessment (SEA) at the corridor level.

Prof. Hu also discussed the challenge from criticism over geopolitical concerns, explaining how the US and China relations are complicated while assuring that “there is no geopolitics involved in BRI.” Investment risks due to political instability in countries such as Myanmar, Libya, Syria and Afghanistan pose a real challenge to BRI. While challenges posed by climate change, financial sustainability, and regulation and legal problems, due to different laws and rules being different from China, are being addressed as the initiative progresses.

Addressing the biggest challenge, which has been a serious criticism of BRI, whether it is a real ‘win-win’ strategy or aspiration of China, Prof. Simon concluded, “I would say, based on what we’ve seen in higher education and S&T, I think there is more on the win-win side of the ledger than there is on the self-serving side.”

What the future holds

It has been almost a decade since BRI was launched. With old challenges being addressed, new challenges notably those created by climate change and the COVID-19 pandemic, the BRI has shifted from focusing on infrastructure development, such as constructions of highspeed railway, roads, bridges, dams, etc. to technology and environment.

The most exciting development in that regard is the ‘Digital Belt and Road’ (DBAR) which Prof. Simon explained as the use of big data to create a “Big Earth Data Platform” to mitigate climate change risk. He further explained that DBAR emphasizes special missions on Agriculture and Food Security, Disaster Risk, Climate and Environment, Natural and Cultural Heritage, Urban and Infrastructure, Water Resources and Security, Coast and Marine, High Mountain and Arctic – all connected to UN SDGs.

Going forward in this light, the BRI has an implication on a planetary scale.

Dr. Wenchao Xue of AIT Belt and Road Research Center concluded, “AIT as an education and research institute also participates in many of these programs. We are a member of the ANSO program and we also are a regional partner of the Digital Belt and Road project.”

To deepen the academic and research-related activities on BRI, AIT and Beijing Normal University (BNU) also signed a Cooperation Agreement to establish the “Joint AIT-BNU Belt and Road Center” at the end of the webinar.

The AIT-BNU Joint Belt and Road Center aims at better serving China and the ASEAN Belt and Road countries and their entrepreneurs. It will facilitate more active participation in the Belt and Road development, so that its participants canachieve mutual benefit and win-win results. 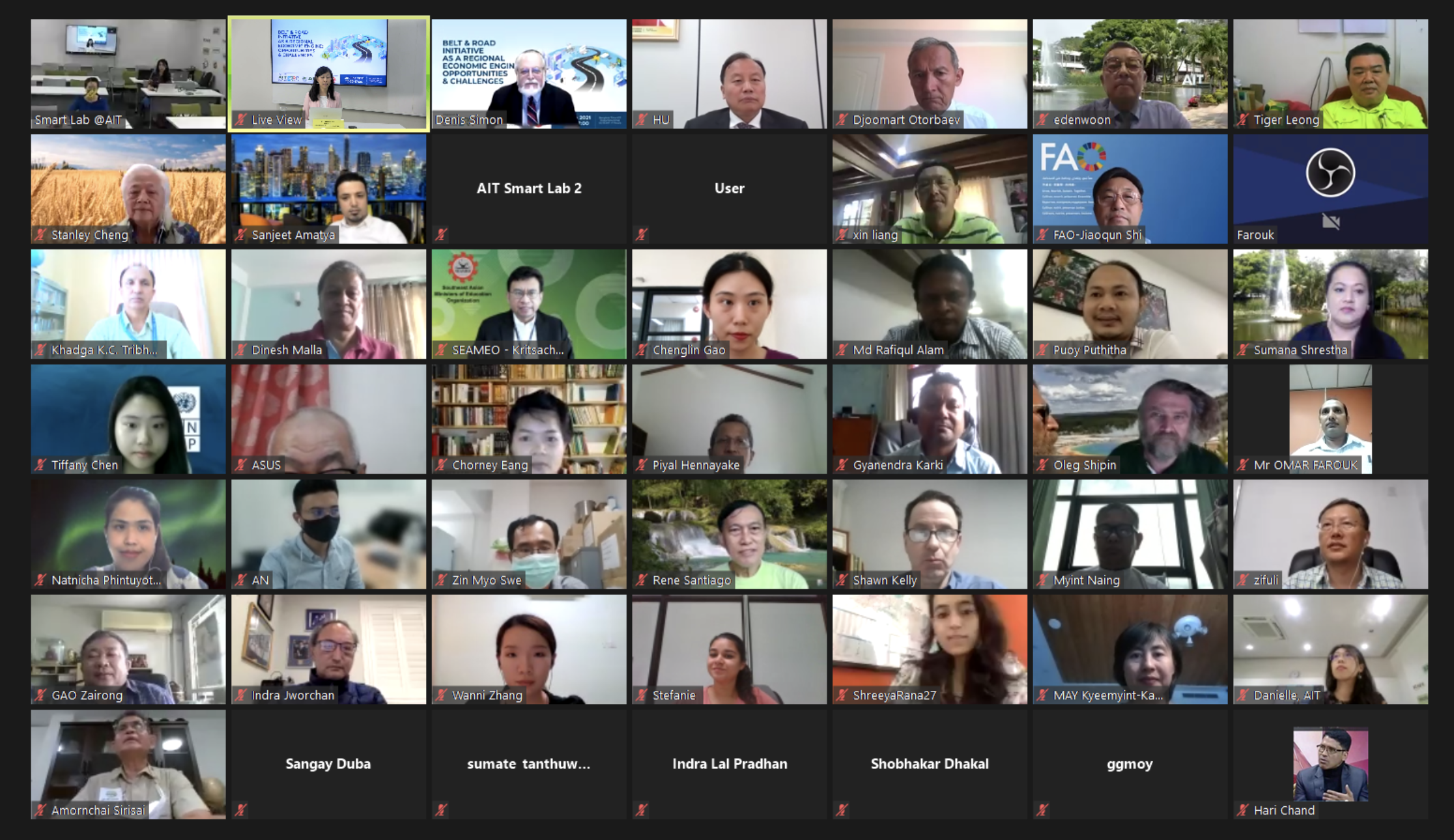