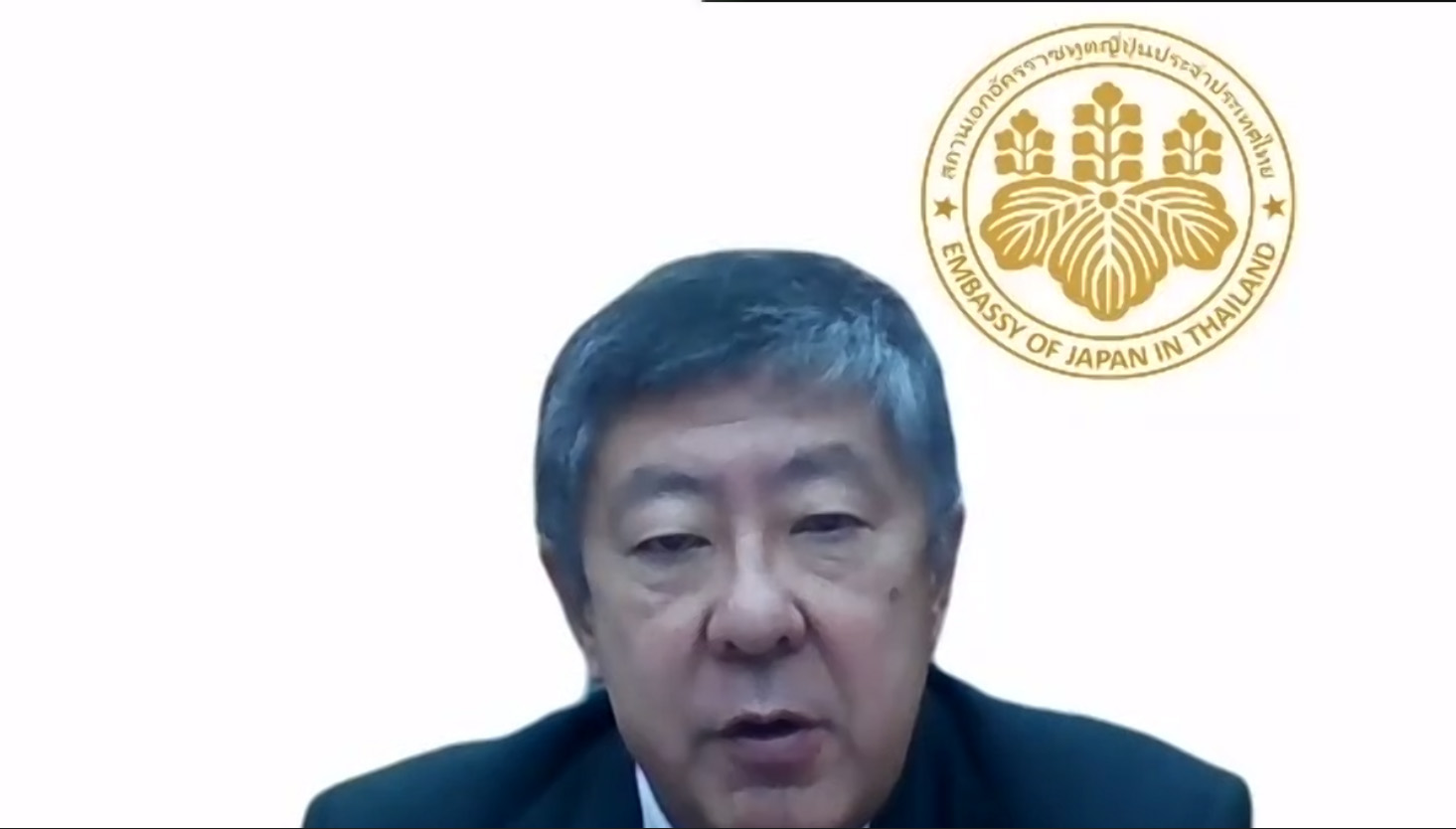 Launched in 2020 with support from the Government of Japan, the one-year Master’s program in Marine Plastics Abatement (MPA) held a virtual congratulatory event on July 30, 2021 to congratulate the first batch of graduates as well as to express gratitude to those behind their success. The event was joined by [TK1] Japanese ambassador to Thailand Kazuya Nashida, AIT President Eden Woon, AIT Vice President of Academic Affairs Shobhakar Dhakal, MPA Program Coordinator Thammarat Koottatep, 39 graduates from the first batch, two student representatives from the second batch, Dr. Wijarn Simachaya, President of the Thailand Environment Institute (TEI), and many other distinguished guests.

Addressing the fresh graduates who will lead the region in tackling plastic pollution, the Ambassador Nashida said, “It is important to involve as many people as possible in order to achieve something big, I have high expectations that all of you here who are graduating from AIT, one of the best universities in the world, will not only work hard to achieve your personal goals, but also become leaders who will inspire and influence other people in order to improve the world as much as possible.

To give a preview of what the first batch can do to make the “Osaka Blue Ocean Vision” realized, the event also showcased research highlights consisting of intensive studies to identify plastic leaks and waste flow for policy formulation as well as innovations to motivate and incentivize people to join the waste management efforts.

Each of the first batch graduates also delivered a short speech in which they took an opportunity to express their gratitude towards the Japanese government for scholarship support and to AIT faculty for scholarly support. Many also shared inspirational stories, the path forward, and hopes for the future.

“Some of us here will be on a policy making path, some will be working on the ground, and some will work on educating others. I am positive that our paths will cross again soon and when the time comes, the support will always be there. On this ending note, the success of the program isn’t just today’s graduation ceremony, but it’s the endless partnership that fosters a future where oceans are safe and healthy. Khob Khun Kha,” said Koranis Tanangsnakool, the future leader in the fight against plastic litter.

The future of victory against plastic pollution cannot be fought alone by MPA graduates, no matter how many batches, however. Professor Thammarat Koottatep, MPA Program Coordinator, remarked the road ahead would require an expansion of the program to include studies in other regions that are part of the plastic problem, as well as a creation of a network for collaborations -- ‘Global Marine Plastic Alliance’.

“Starting from this first batch, the graduates will not just go separate ways, but we will bring you onto a platform, where partnership will continue and expand to include organizations that work on plastic problems, so we can collaborate on projects and programs together in the future,” said Prof. Koottatep.

The MPA program, the first postgraduate program on marine plastic litter in the region, is supported by the Government of Japan through a financial contribution of 3 million 50 thousand US dollars. The support is part of Japan’s MARINE Initiative commitment to G20 Osaka Blue Ocean Vision that aims to reduce marine plastic litter to zero by 2050.

“I’m confident that our MPA students have learned and have been equipped with sufficient knowledge through the course curriculum, the field exposure, laboratory, as well as intensive research study. On behalf of AIT, I would like to again express my sincere thanks to the Government of Japan for the continuous support and for this MPA project which has enabled our MPA students to succeed in their studies,” said AIT President Eden Woon in his remarks. 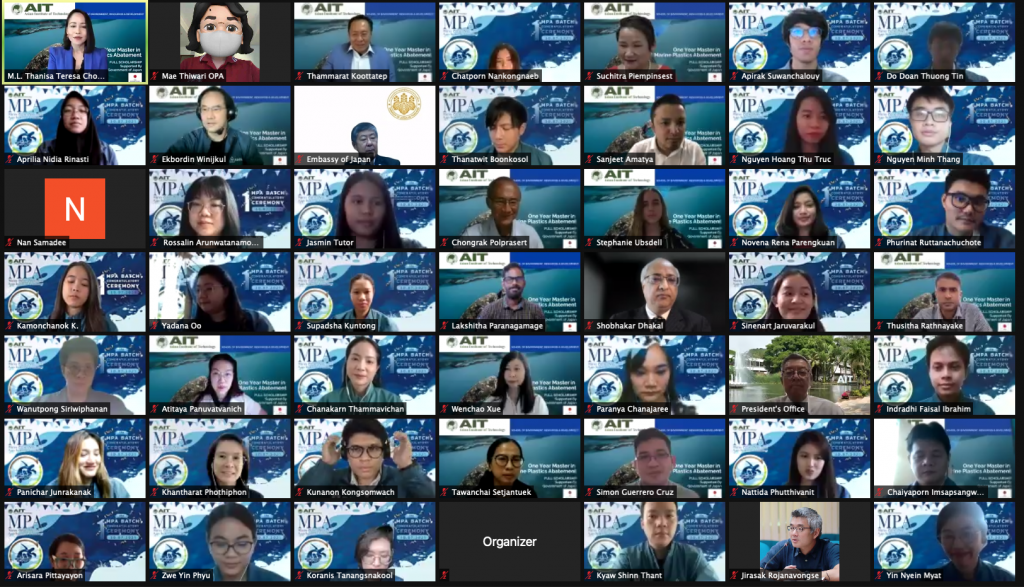 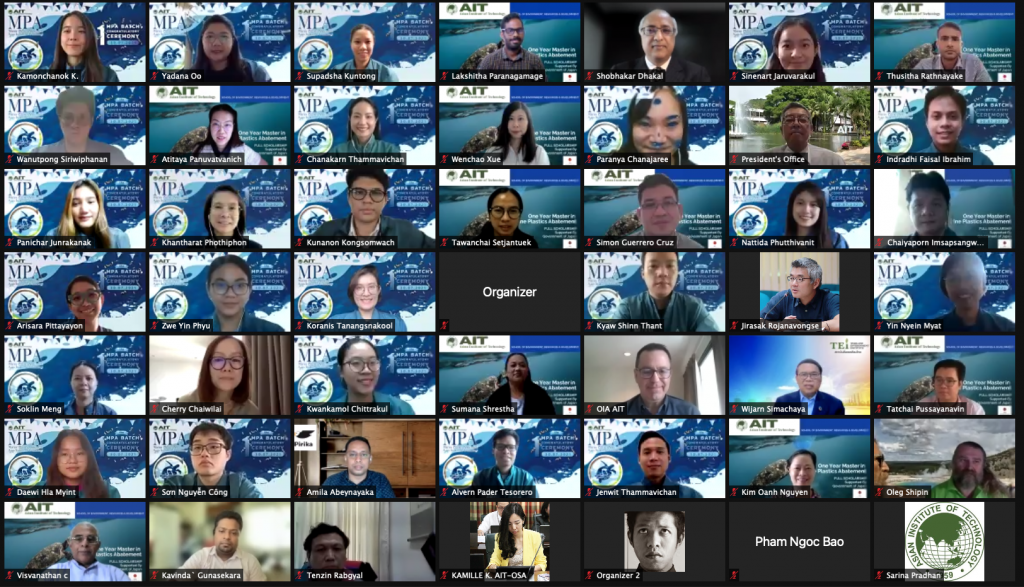