Eleven, up from four last year, of the Asian Institute of Technology (AIT)’s faculty members and emeritus professors are recognized for their most recent single year impact -- while nine, up from seven last year, are recognized for their career-long impact up until 2020. Overall, thirteen AIT professors are placed among the global top 2% of influential scientists, according to the report of “Composite Citation Metrics” by Elsevier BV Netherlands and Stanford University, released in August 2021. 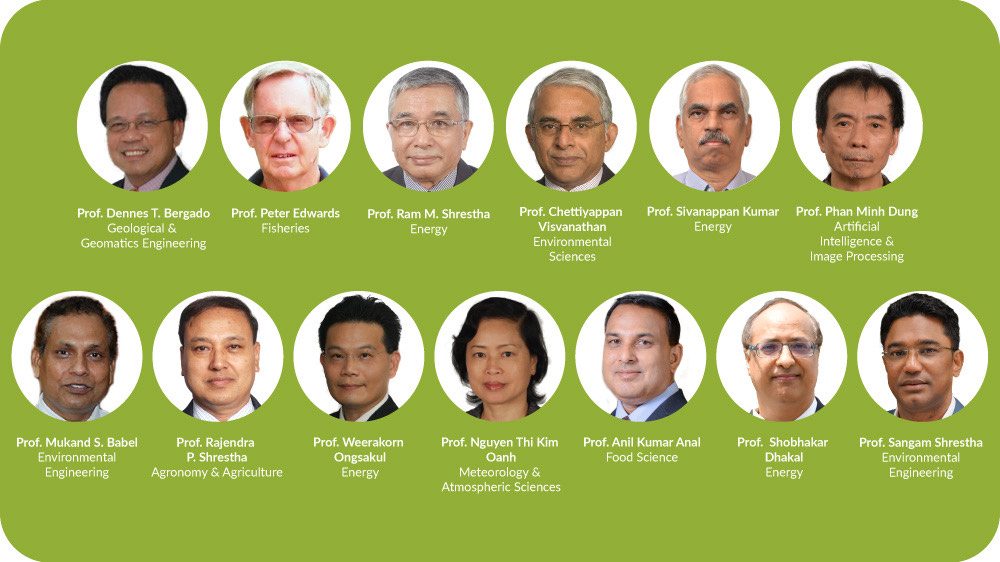 In the research arena, citations not only portray the influence a scientist has on their peers, but also lay foundations for new discoveries and innovative ideas. In this regard, Elsevier and Stanford University statisticians have created composite lists from available databases, deploying standardized information such as h-index, co-authorship adjusted hm-index, citations to papers in different authorship positions, and a composite indicator, as well as for career-long and single year impact.

Based on career wide impact up until 2020, nine faculty members and emeritus professors -- increased from seven last year, are ranked in the global top 2% according to their sub-discipline as follows:

Based on the single year impact in 2020, eleven faculty members and emeritus professors from AIT are placed at the top 2% of scientists among the top 100,000 across all fields. Last year, there were four from AIT who were listed. Ranked in category of expertise, the eleven influential scientists this year are:

The selection is based on the top 100,000 by c-score, with and without self-citations, or a percentile rank of 2% or above. With the increase in number of professors by both measures of career-long and single-year impact, it is evident that AIT will continue to widen and deepen its impact in science for the betterment of society.

From the month of December 2021, the Office of Public Affairs will launch a social media series on ‘Meet AIT World’s Top 2% Scientists’ where each of the listed professor above will share a story of the impact they have made in their respective field. Watch this space.