AIT remains the top-ranked international university according to latest rankings

The Asian Institute of Technology (AIT) has maintained its position as the world’s top international university once again, bagging six perfect scores for the second consecutive year in the category of “International Orientation” in the latest edition of U-Multirank’s “Annual World Rankings of Universities” released on 6 June 2018. 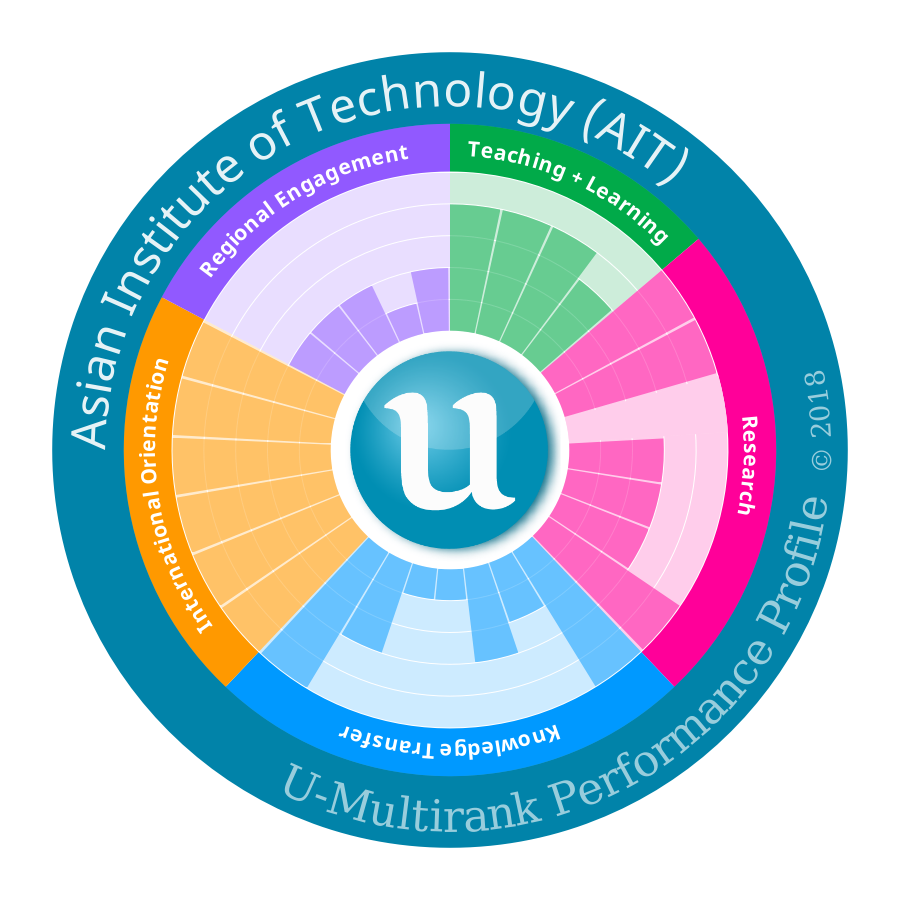 AIT is the only university in Asia to be ranked at the global top in international orientation, and this is the third time in the past four years that AIT has achieved this impressive result.

In addition, AIT has also been rated among the world’s top 25 performing universities in the category of "Income from Continuous Professional Development,” a honour that only three Asian universities can be proud of.

“The latest round of rankings where AIT is once again ranked as the top international university does not come as a surprise,” AIT President Worsak Kanok-Nukulchai said. Ever since its inception in 1959, AIT has served as a role model for other universities, and it occupies a unique place in the realm of international higher education, Prof. Worsak added. “AIT’s performance in continuous professional development is in tune with our vision of providing lifelong learning, where learning does not end with a students’ graduation, but continues for a lifetime,” President Worsak remarked.

AIT’s performance in 'Income from Continuous Professional Development' is reflective of the Institute’s offerings in continuing education. According to U-Multirank, this indicator is related to the level of knowledge transfer, and it indicates that a university is active in providing continuous professional education courses to companies and individuals by transferring knowledge to external actors.

U-Multirank is widely regarded as the largest global university ranking, and the latest set of rankings compares 1,614 universities from 95 countries. 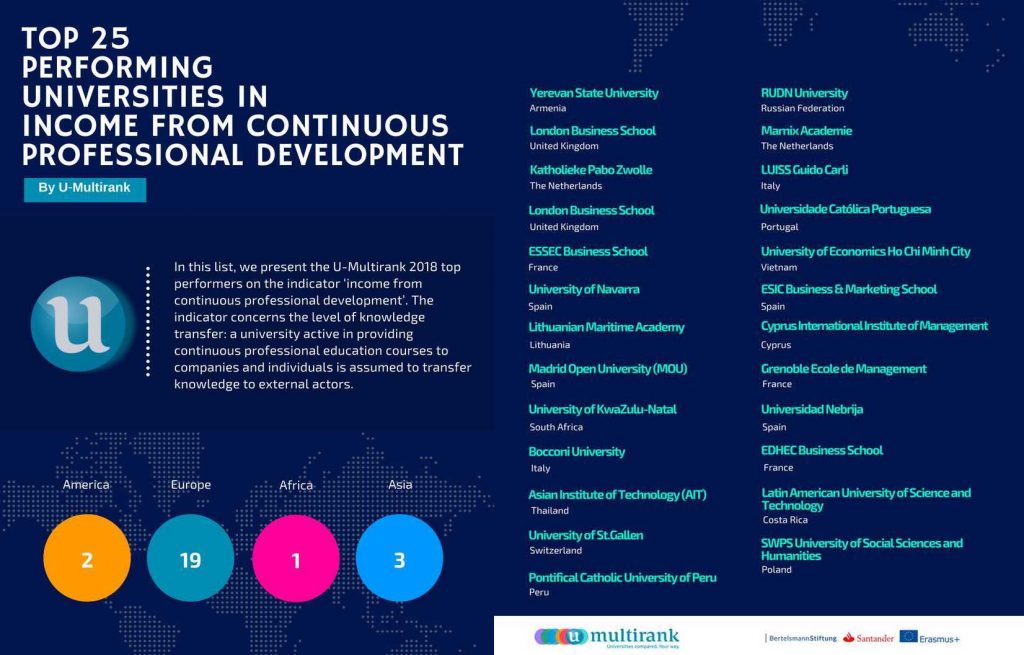